There were a few reasons I was drawn to Hemingway’s Wine Room. There’s the pedigree of course, named after the writer Ernest Hemingway, who is responsible for the moniker we settled on for our Saturday morning program – “A Moveable Feast”. Among his seemingly endless catalogue, is the book of the same name, a collection of musings from his time living in Paris.

And, I was dying to get there when it first opened, because it looked like such a gorgeous, classy venue – a moody New York-style brasserie with a menu based on classic French techniques. But, on the day they were due to open the doors, lockdown one kicked in. It would have been devastating for the four young owners.

When we all came up for air, they managed just twelve days of service before lockdown two kicked in, it was clear they’d need to come up with a way to operate given the uncertainty of any future in-house dining.

And so, “Maisonette by Hemingway’s At Home” was born; a series of feasts named after Hemingway novels, which boast generous, stunning quality menus. 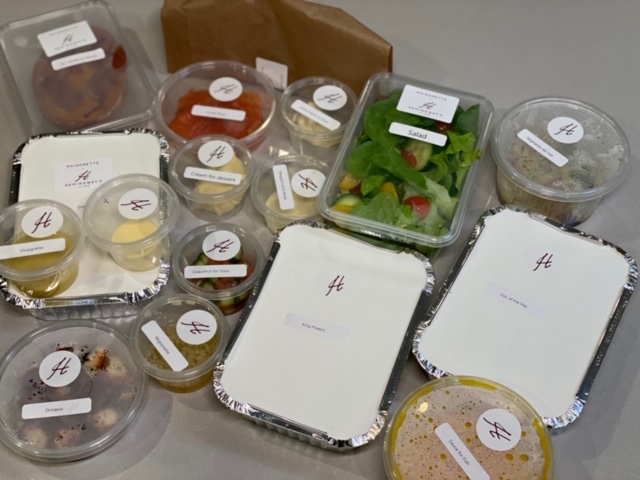 We probably should have gone for “A Moveable Feast” given the name, it’s a seriously indulgent Parisian dinner for two or four, boasting oysters, parfait, cured trout, truffled chicken, girello, cheese, dessert and more – but I was rather taken by a seafood menu named after that classic, “The Old Man and The Sea”.

Priced at $109 for two people, it’s a generous feed with plenty of piscine delights.

What I love about the offering from Hemingway’s is that it all arrived hot and ready to go. It’s been fun finishing some dishes through lockdown, but it was quite a treat for there to be no real work to be done, and no dirty pots or pans for a change.

The house-baked bread came with butter, but also a tub of creamy, whipped salt cod. Half a dozen oysters came shucked and ready to drizzle with zesty apple mignonette.

We started by grazing through the smaller plates, and leaving the fish main keeping warm in a low oven. It all started with gin-cured ocean trout – house-cured with a combination of local gin, coriander seed, juniper berry, aniseed and a touch of orange zest for twenty-four hours. It’s topped with dollops of creme fraiche and a grapefruit and cucumber salsa – a pretty dish that looked like it had come straight out of a restaurant kitchen. 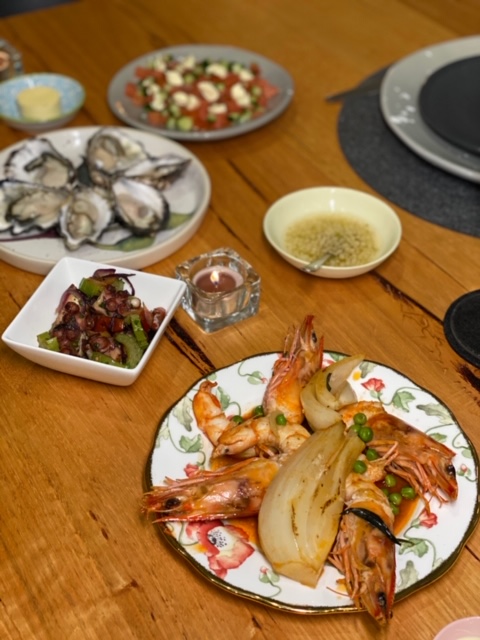 Fresh octopus had been poached and then grilled and finished with celery, piri piri chilli & red onion. It’s a small bowl’s worth, but it’s super tasty and sufficiently spicy – I loved it.

Four big, fat, juicy king prawns had been lightly grilled and then placed in a parchment bag with fennel, peas & botanicals. The bag is sealed with butter & baked, and arrives to you still closed and warm, so the aromatics hit you when you unwrap the paper. This was a gorgeous, spring dish. 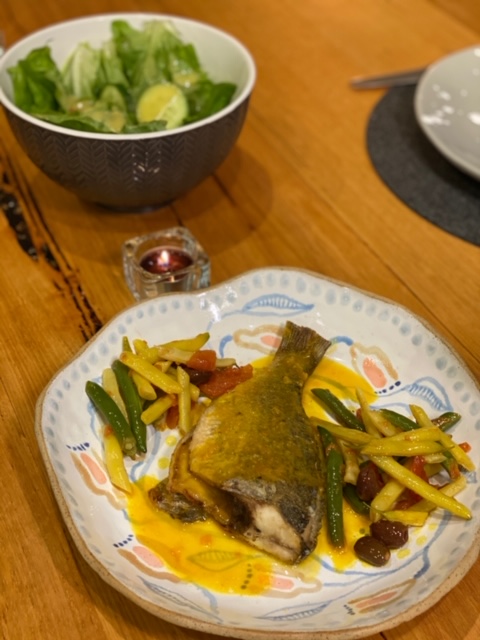 Main is a fish of the day, it’s probably worth a word of warning – ours wasn’t filleted, and I’m not great with bones. But it was pan-roasted, so nice and crispy on the outside, with light, flaky flesh, and came with a separate, rich tomato, bell pepper & saffron sauce. It’s served with vegetables of the day, for us green beans, olive and cherry tomatoes, and a green salad. 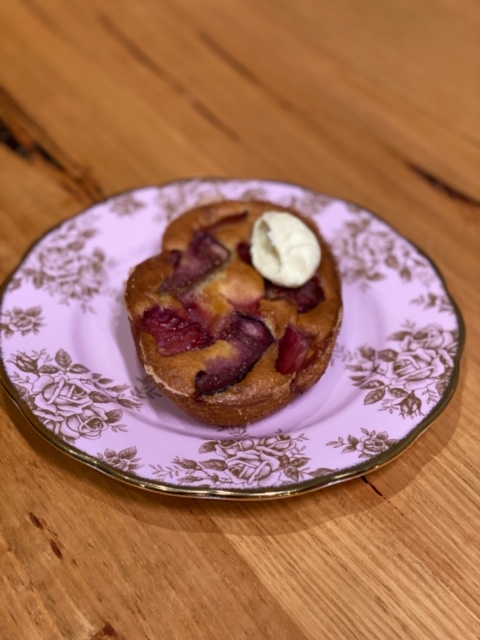 Sticking with the classic French techniques featured throughout, dessert was a tasty rhubarb and strawberry clafoutis, a perfect way to finish that was not too heavy and not too sweet. Goldilocks eat your heart out.

Delivery is available to around 24 suburbs listed on their website, but the team at Hemingway’s say it’s worth giving them a call if you’re not too far outside those zones, if they’ve got time on the night, they’ll make it happen!

If you haven’t organised Father’s Day yet, it is well worth a look at the luxurious Papa Hemingway’s Father’s Day Feast – with oysters, parfait, egg caviar, game pie, lobster thermidor, steak and more!

It’s hard to imagine such a difficult start to a new business, but the team behind Hemingway’s are working hard to stay afloat, and that’s a great thing for the rest of us who are keen for unique, quality food offerings.