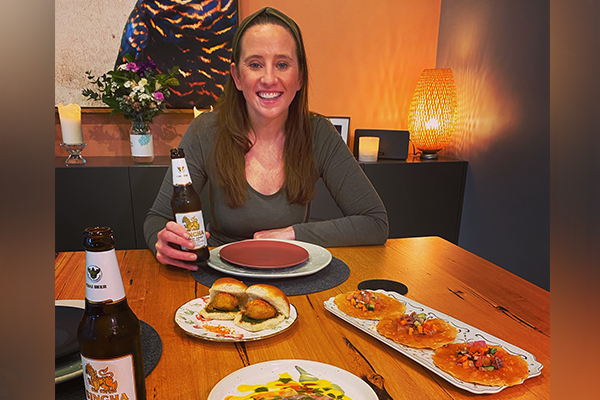 It’s been a huge week or two for fans of Providoor, at least seven new restaurants — Neptune, Anada, Di Stasio, Dainty Sichuan, Longrain, Atlantic and Ish— came on board and, in even bigger news, they announced that they are now delivering as far as the Mornington Peninsula, Bellarine, Gippsland, Ballarat, Bendigo, Greater Geelong, as well as Greater Melbourne.

If there’s a silver lining to COVID, surely it’s that people all over the state now have access to some of this city’s best restaurants.

This week, I decided to try one of the newcomers. 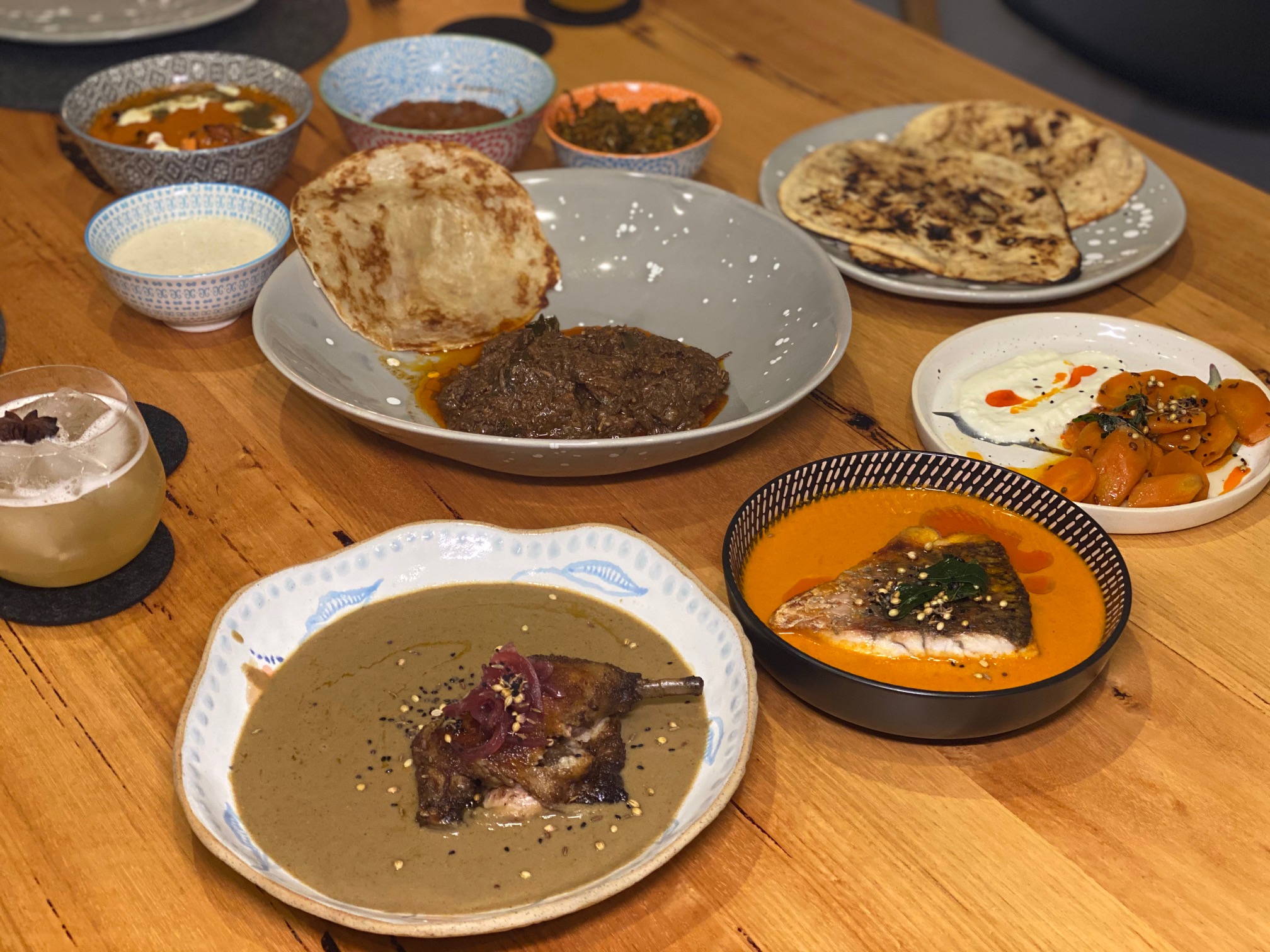 I’ve visited Ish’s restaurant in Gertrude St Fitzroy, and loved that they were trying to put a modern spin on the vibrant Indian flavours we know. That hasn’t stopped in lockdown. As with many venues, they’re offering an a la carte selection, alongside some good value banquet options – so of course we went for the supersized Celebration Banquet! 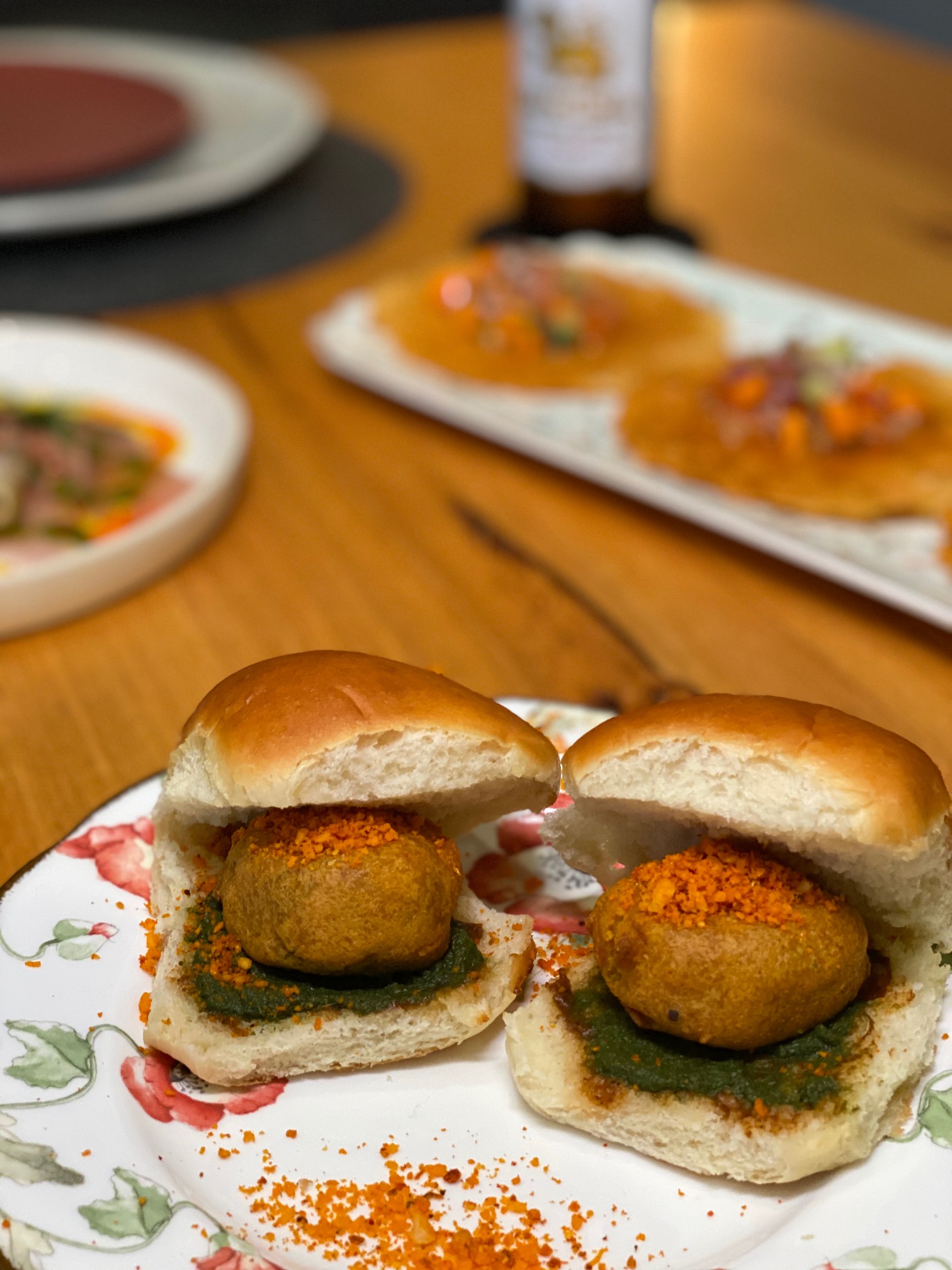 Things kicked off with the street food of the moment. I’m sure no-one had heard of the “Vada Pav” six months ago, but they’re popping up all over Melbourne right now. Basically, it’s something akin to an Indian chip butty – but better. Ish make their own soft milk buns. Onto the buns goes a slap of mint & coriander chutney, and tamarind chutney. The batata vada itself is the patty, a spiced potato fritter. It goes in the warmed bun on top of the chutneys with chilli coconut sprinkled on top. Squish it all together and devour. 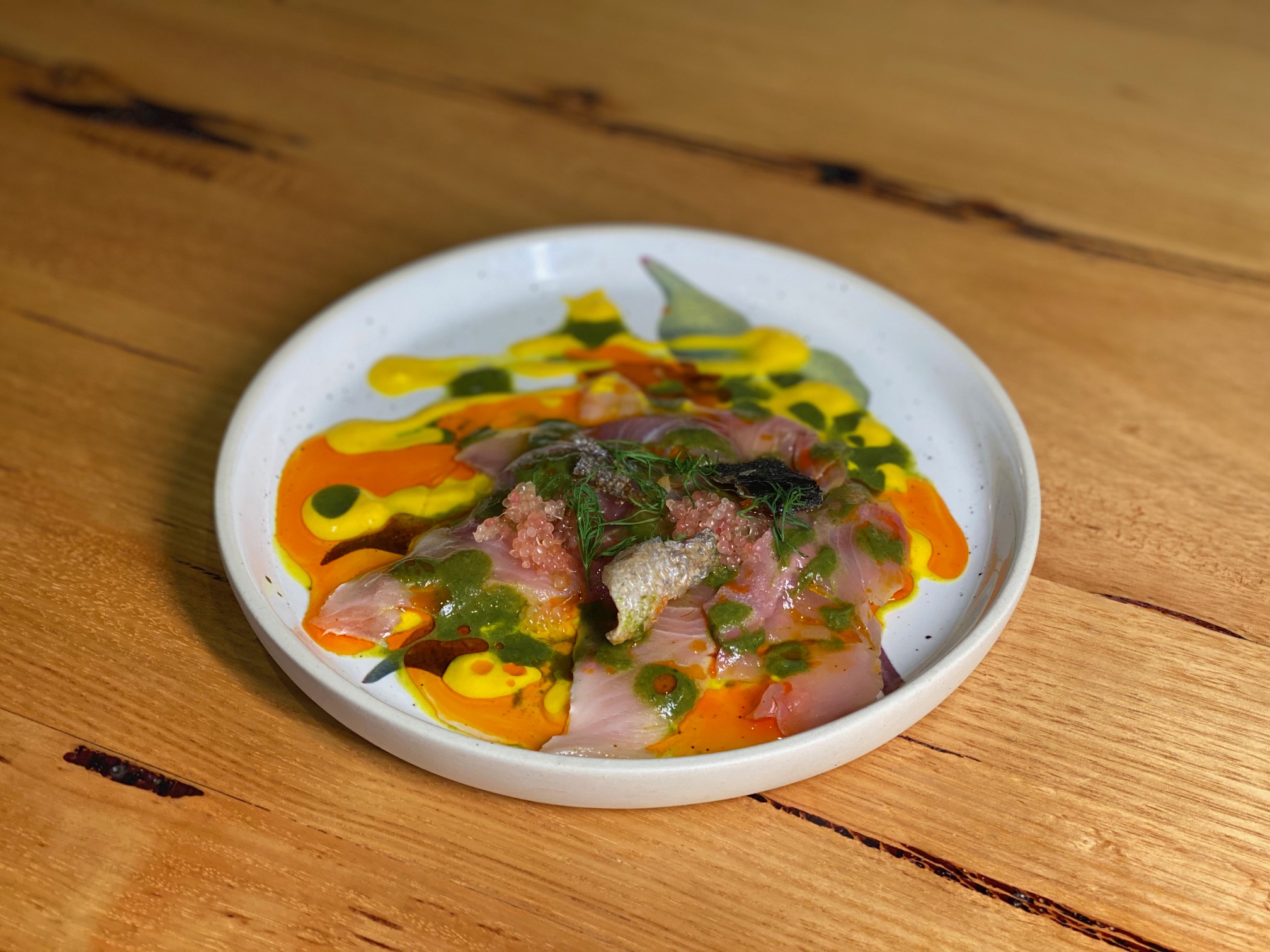 I did say a modern spin on Indian classics, so while you won’t find a Spiced Kingfish Ceviche on many Indian menus, these guys do it as part of the banquet. Super easy to put together at home, it’s an explosion of flavours. The Kingfish has been cured in house-made lemon achar and sea salt, and arrives delicately sliced. You’ll arrange it on the plate with a saag puree, house-made raita, turmeric buttermilk, chilli oil and herb oil, plus some crispy fish skin and dill. A lovely light and colourful starter.

Wrapping up the entrees was a trio of poppadums topped with a zesty cucumber salad.

It all ramps up from there with the mains. There’s a bit of work with the curries, but it’s worth it. The easy part is putting the bags of sauces, duck and dahl into a pot of hot water. So up first, the Seared Barramundi Ghassi curry, a popular sauce from Mangalore with tomatoes, fresh coconut, kashmiri chilli, cumin powder, coriander powder, & cumin, giner and garlic. While the curry’s warming up, you’ll take the lovely Barramundi fillet, crisp the skin in a pan, then finish cooking in the oven. It’s a mild but tasty dish, that fish was really easy to get right. 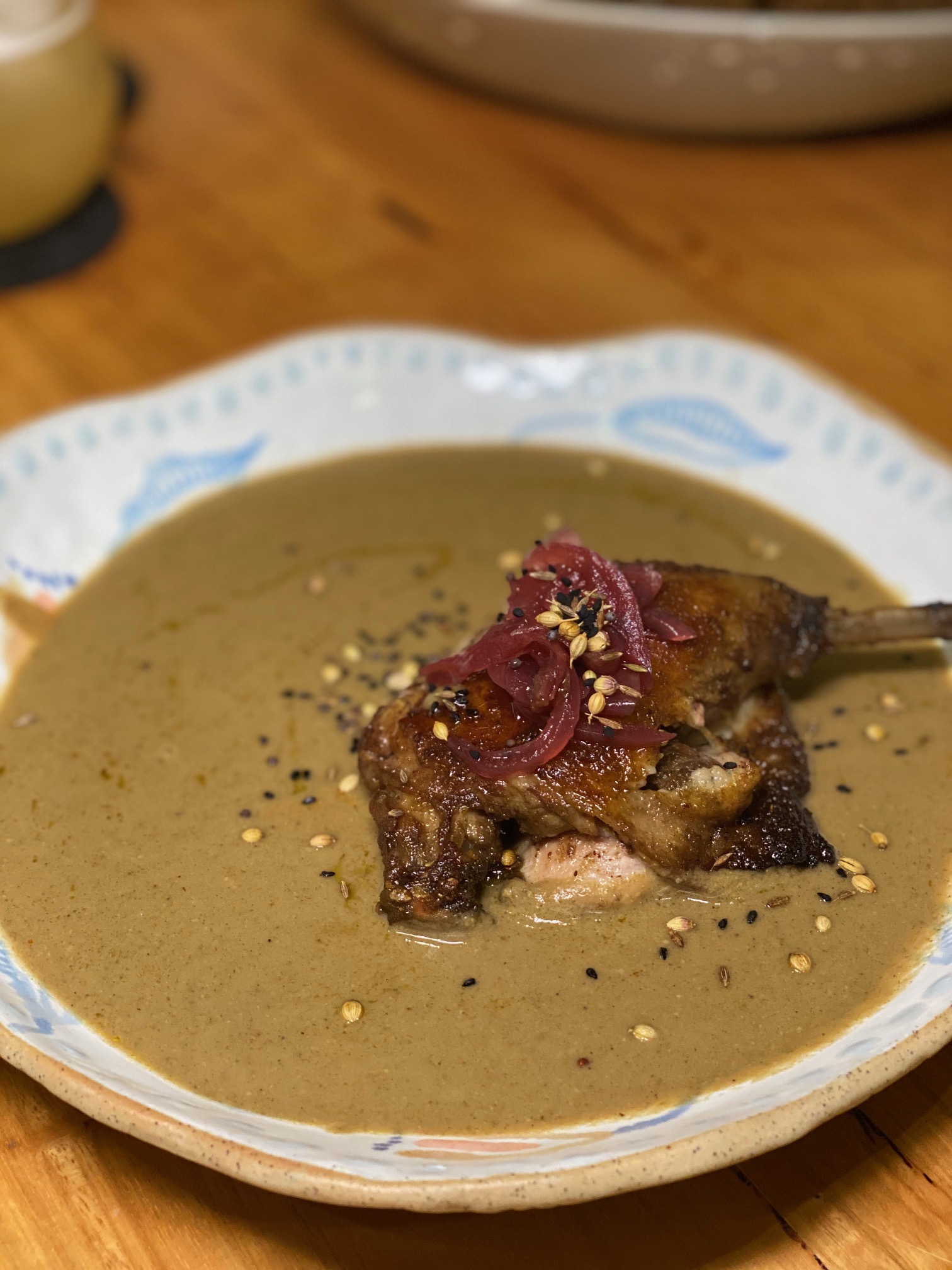 Next, grab the warmed duck and get to work on some crunch for the skin. It’s going in a Duck Korma. Traditionally, the Nawabs have always used game for their korma. The guys at Ish marinate the bird for 24 hours in a mix of garam masala, coriander powder and seeds, cumin, kashmiri chilli, cardamom, cinnamon & star anise.  The sauce itself is the usual creamy combination of onion, cashews, cumin, coriander, garam masala, cream, butter & sugar – a great, indulgent dish.

You’ll round the mains out with a couple of big fluffy bits of naan, some Black Lentil Daal, turmeric rice, raita, brilliant Brussel sprout achar and sweet glazed carrots with labne.

Let’s be honest, I’m unlikely to order sweets in an Indian restaurant, but when the dessert is an Indian take on the classic Italian tiramisu, it’s gotta be worth a crack. The Gulab Jamun Tiramisu is Ish’s take on the Gulab Jamun, or Indian fried donut. The donuts are soaked in a tiramisu-like concoction of cardamom-infused coffee & sugar syrup. You’ll serve them up with some gorgeous mascarpone, a sprinkle of pistachios, and chocolate raisins.

Ish have only featured on the Providoor platform for a week, but say the response so far has been beyond any expectations. If you live within 20km of Melbourne you can still get hot takeaway from them pick up or delivered via their website.

There was nothing “ish” about this generous Indian banquet. You will not walk away hungry from this terrific, vibrant, modern feast.