If you follow the program, you’d know regular food reviewer Scorcher Davidson is off doing the Annapurna Trail, Everest base camp, or some such hike in Nepal. And if you follow him on Instagram (@markjdavidson), you’d know that almost every day he’s posted a photo of himself and the Hungarian Hurricane devouring something called momos. They looked to me like plump little parcels of goodness, so can we enjoy them in Melbourne?

Oh, yes we can! It just so happened around the same time, a foodie friend posted about Momo & Chillies in Point Cook. I didn’t realise until I got there that the place has only been open for three weeks.

You might never guess it, but Point Cook is teeming with eateries. The Featherbrook Shopping Centre along, which straddles Boardwalk Boulevard, has shops either side of the road where you can choose from Korean Barbecue, Chinese Hotpot, Italian pizza, and now this purveyor of Himalayan, northern Indian and Indo-Chinese cuisine. 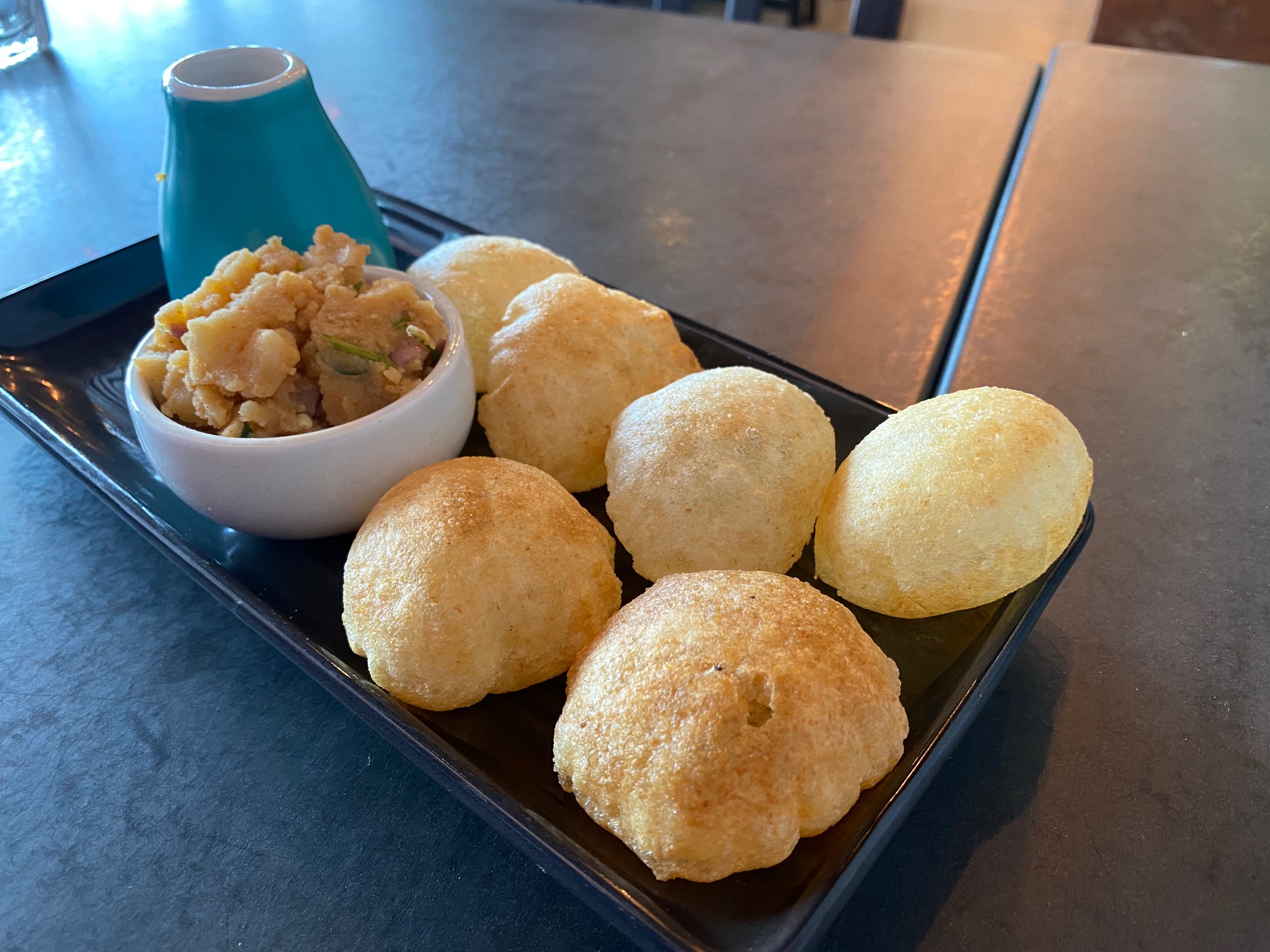 It’s new, and modern; it’s also very quiet – a few tunes wouldn’t go astray. It’s a surprisingly large menu that kicks off, unsurprisingly, with momos. Now there are plenty of options, but essentially the dumplings themselves are the same in each – with the option of vegetarian or chicken. If you go for the Momo Platter you’ll get to try steamed, fried and chilli momos.

To go with the steamed you’ll get their “orange” sauce, a traditional accompaniment known as tomato anchar (or pickle) that’s a pretty mild mix of fresh tomato, ginger and garlic. Nothing to stop you dipping the fried dumplings in here too. But if really want to amp it up a notch, the chilli momos are as fiery as they sound – hence the three chilli rating they garner on the menu. The steamed dumplings are mixed with a tomato, chilli, onion and capsicum sauce and you will need water to wash it all down – but it’s a good, hot, quick spice.

I really liked the snacks here, maybe a bit more than the curries. Panipuris are just fun, a crispy little ball that you punch a hole in with your finger, stuff with a potato, onion & chickpea mix and then pour in the “tangy” water – just chuck them in your gob, it’s a flavour explosion. 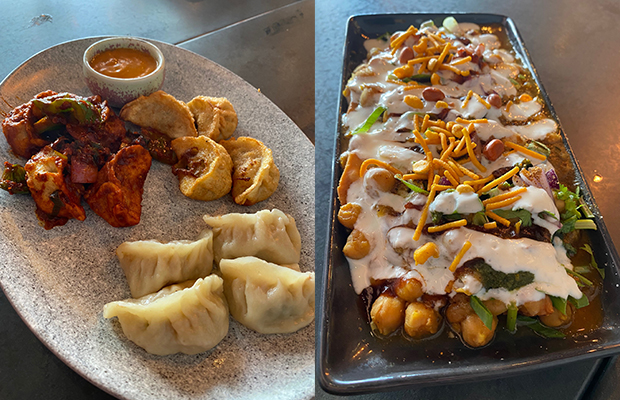 Samosa chaat are a much better version of the already tasty fried snack. The samosas come slathered with a warm chickpea gravy, yoghurt, and a tamarind sauce laced with palm sugar, cloves and cinnamon.

Also from the starter menu, chicken sekuwa, described as a classic Nepali dish, they’ve got a pleasantly surprising crisp to them and have been marinated overnight in ginger, garlic, green chilli paste, and coriander.

The curries were a little sweeter than I’m used to, but still tasty, the guys at Momo and Chillies say they’re similar to traditional Indian curries, but with a Himalayan twist, so some changes in cooking method (and these guys prefer fresh tomato to past) and a little variation in the herbs.

Different, too, is the Himalayan naan, it’s a little crisper than I’m used to as it’s made with yoghurt rather than than yeast and egg (meaning it’s also vegetarian).

The liquor licence has arrived, so the booze will be flowing soon. Beer taps are installed and there’ll be wine in the fridges.

It’s not fancy, but Momo and Chillies boasts great tasting, good value food and the opportunity to try something a little new – it’ll do the trick! 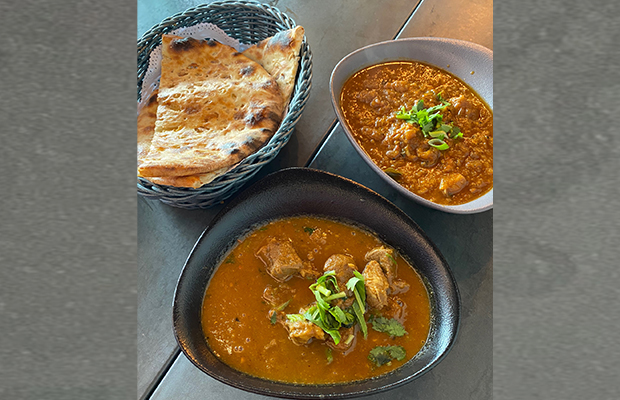