It has been accused of being a bit of a gourmet wasteland, Williamstown.

Seemingly catering largely to day-trippers, and not exactly pushing the culinary envelope. So we do get excited when there are new arrivals, and there have been a few in the last year.

The latest would be even more exciting for reality TV fans.

Kim Tran of Ms Kim was one half of a Melbourne team on My Kitchen Rules who made it through to the show’s Grand Final, so the former real estate agent has proved she can cook.

Now, it’s onto running a business, and in prime real estate in Williamstown at that.

As shiny and modern as it is, the feel is family-run restaurant – husband Robert is front of house, and while the service may not be quite as polished as city restaurants, it is certainly friendly and enthusiastic.

Given the location and the associated rent, don’t expect the prices you’d expect at Vietnamese joints in nearby Footscray.

This is seafront Willi after all, but I promise some of the dishes are a little more adventurous than your average suburban Vietnamese.

From the entrees, I’m not usually one to order the Vietnamese pancake, but it was a lovely, light start. 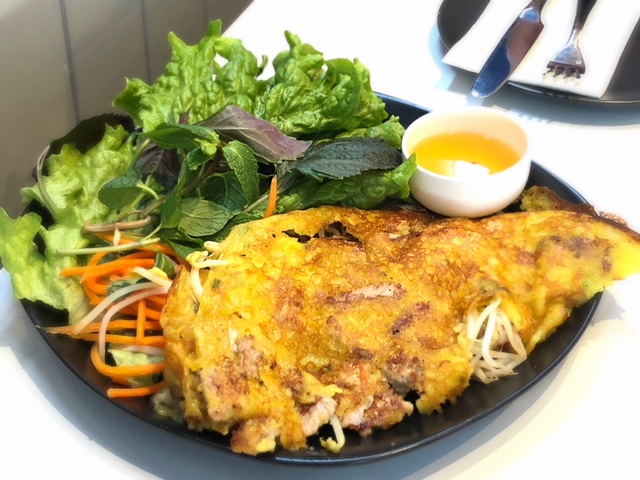 It’s not a tradition banh mi, but it’s a bloody good one.

Mini versions, in soft milk buns rather the usual crispy baguettes, they came with a crunchy Vietnamese coleslaw, slices of marinated pork belly that is roasted daily, and some of the best crackling I have had for a while. These were an absolute hit. 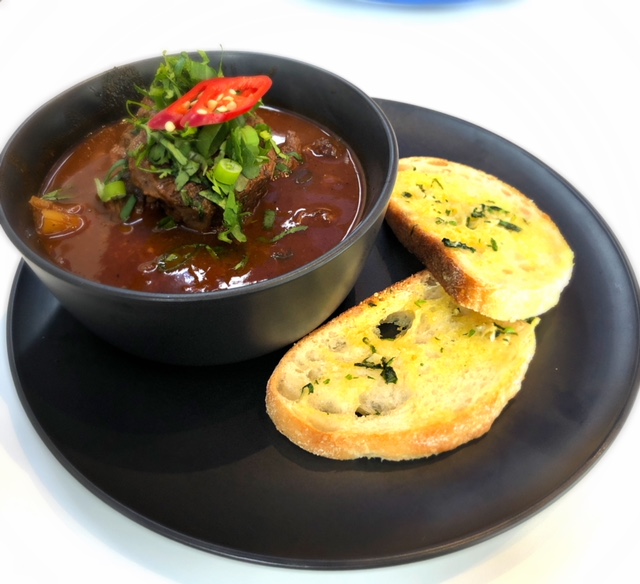 Plenty of choice in the mains, standouts for us began with the beef stew. Haven’t sene sourdough bread in Vietnamese joints before, but it’s served on the side of this bowl of, tender, goodness. The meat marinated overnight, and there were lashings of star anise, cinnamon, cloves, and nutmeg in this complex sauce; really like nothing we’ve tasted before in a Vietnamese restaurant – and it was a generous serve.

The plate of sticky pork ribs didn’t look particularly plentiful, but it proved well and truly filling. The meat morsels themselves were pretty rich on their own, so the apple coleslaw was proved a great way to cut through the intense sauce and provide a bit of crunch.

Probably my favourite, though, was the Caramelised Barramundi in Claypot. 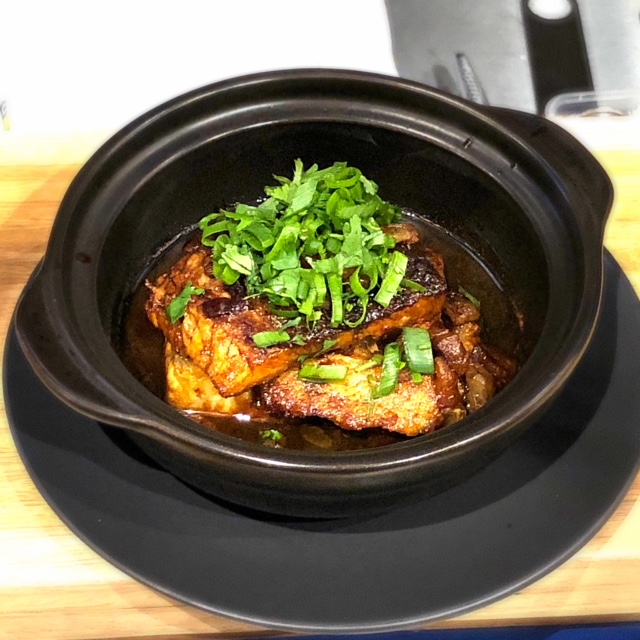 Three perfectly cooked pieces of fish, a syrupy caramel sauce, best served with some rice on the side, I just loved it.

It’s a small menu, but Ms Kim is promising to change it regularly, adjusting it according to the seasons and any other inspiration.

Drinks are good, but not cheap.

Their cocktail list is creative, and they’re using good quality booze, but with no offerings under $20, it’ll prove limiting for some.

Even beers are $10 a bottle at their cheapest. The wine list and prices are fair. Unacceptable though? My 1ltr Schweppes mineral water charged out at $10 a bottle. Oh no.

Not just a reality TV contestant, Ms Kim proves here that she can cook some seriously good, and impressively unique Vietnamese dishes.