The evolution of Toorak Rd, South Yarra continues. Already buzzing with venues like Bar Carolina, Yagiz, and the brand new Bar Tetto, along comes the least pop-uppy pop-up you ever did see.

Because Omnia is less a pop-up, and more a trial run for head chef Steven Nairn, who eventually will run a number of food venues at the huge new Capitol Grand residential development currently under construction near the corner of Chapel Street. Regardless of how long it will hang around, right now, it feels like a solid, impressive European bistro, and that should be enough to get you through the doors.

It’s not often that restaurants feel “the whole package”, but this one’s got it all. There’s atmosphere in spades – warm, modern, comfortable, with a underlying enthusiastic buzz. The music’s not too loud, not too soft. The service is superb, friendly but not overly so, brilliant knowledge of each dish that arrives, with a clear explanation, and great wine knowledge. And the food itself? It’s just bloody good.

It’s nice to finally be able to order an entrée, main and dessert, and that’s the attraction with bistros like this one. Old school dining, old-fashioned service, with modern skills and techniques.

Cold, wintry Melbourne night? I’d been in previously and far and away the best dish we ate was a snack of cheesy, doughy gougeres. I’d dreamt about them since. They are no longer on the menu. I nearly walked away.

But from the snacks, the trout cigars remained. Crisp brik pastry, wrapped around a tangy mix of crème fraiche and flaked cured ocean trout, topped with fresh chives. It’s an explosion of textures and fabulous fishy flavour. 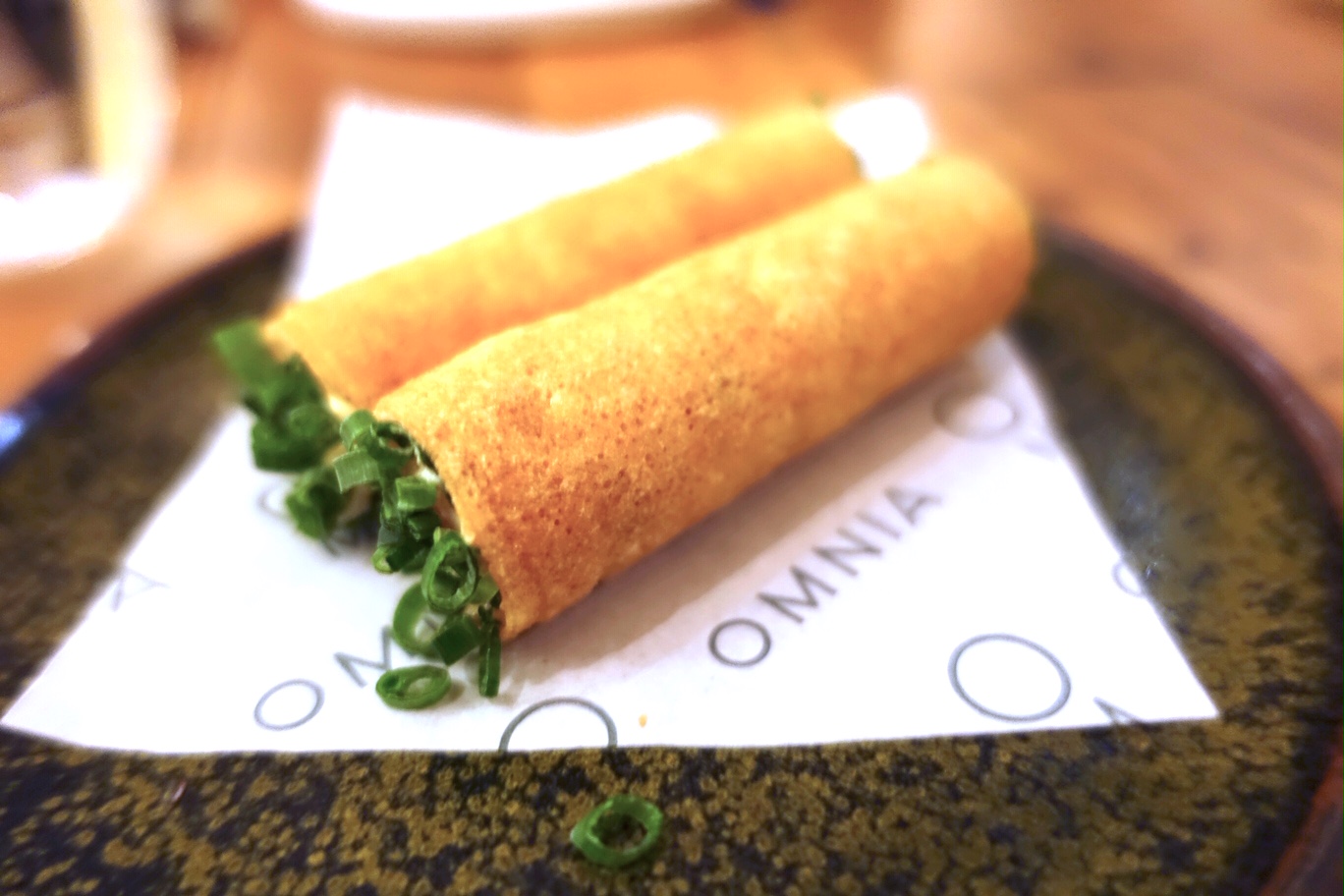 It was a fight to the death for entrees, we both wanted the Broccoli & Gruyere Tart, I lost. But I tasted it, and it was gorgeous. Crisp tart shell with a broccoli & gruyere crust, and super creamy broccoli centre. Maybe I could be a vegetarian after all? 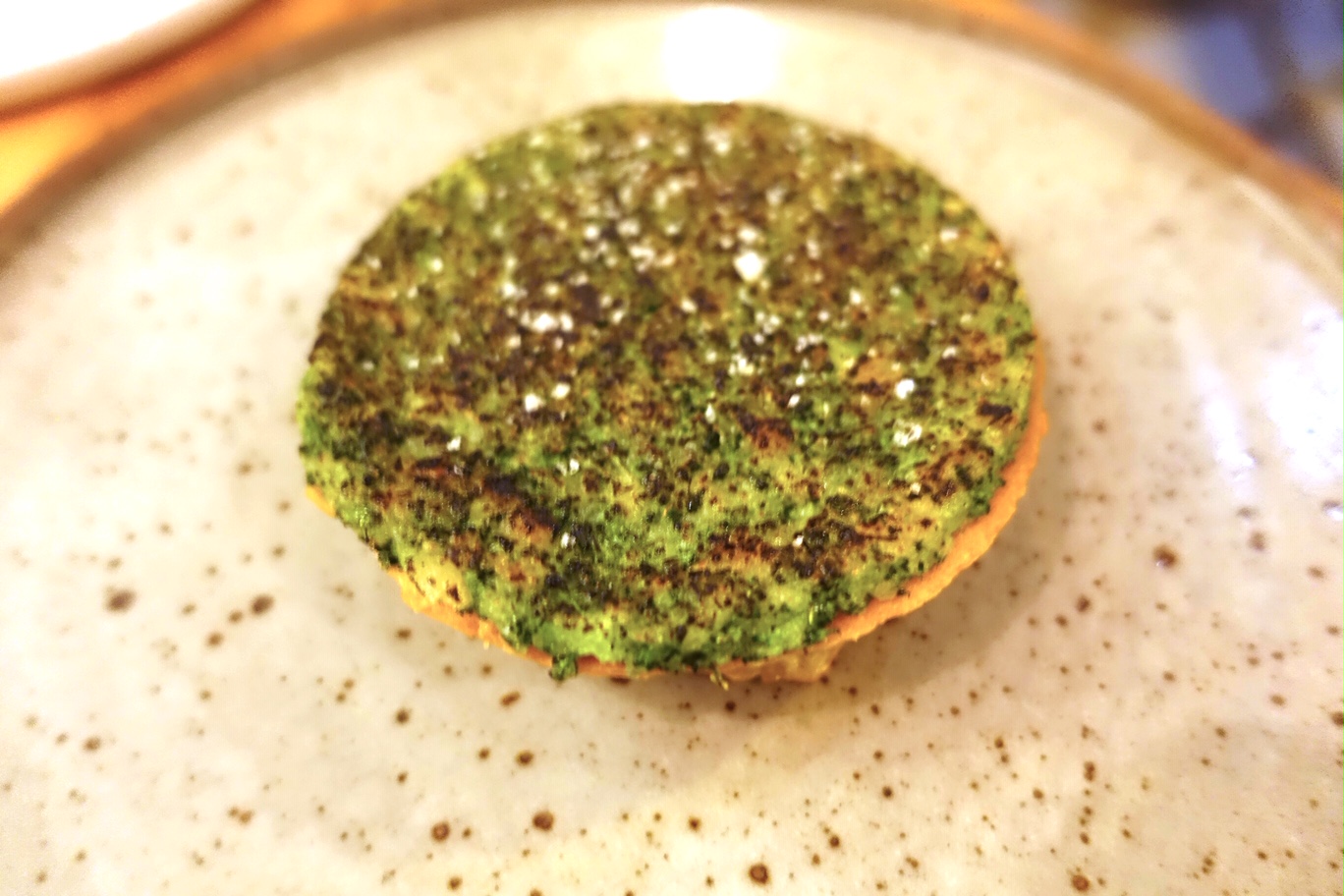 Perhaps not, because I did settle on the duck liver parfait. A rich, smooth slab topped with an orderly queue of preserved cherry slices, and adorned with cherry jelly cubes. Parfait is nothing without a vehicle, of course, and here you can park it on a couple of buttery, soft Parker House rolls. 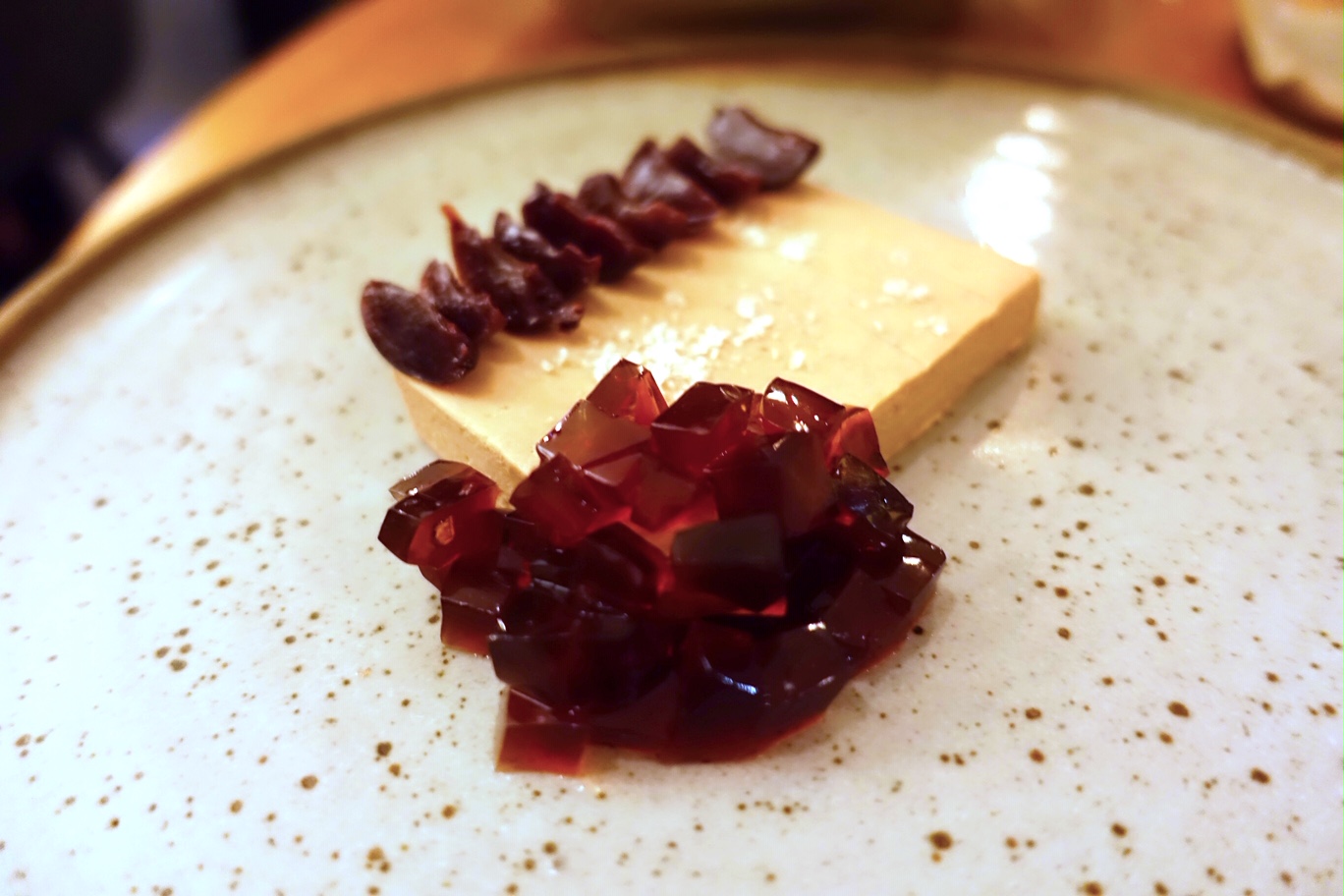 It’s a bistro, so I figured it’s the one time you’re allowed to be boring and order the steak. I had done just that on a previous visit, and it was seriously good.  It’s a sirloin, dry-aged for four weeks, cooked perfectly to medium-rare, sliced and doused with a sauce bordelaise and chunks of bone marrow. Cooked over wood, it’s smoky with just the right amount of chew on the outside, and appropriately tender inside. It’s just a great steak, and they’re getting harder to find. On the side, fabulously rich caramelised mushroom puree, and a jenga-like arrangement of the requisite chunky, hand-cut chips, these made from Warragul-grown Jones Potatoes. 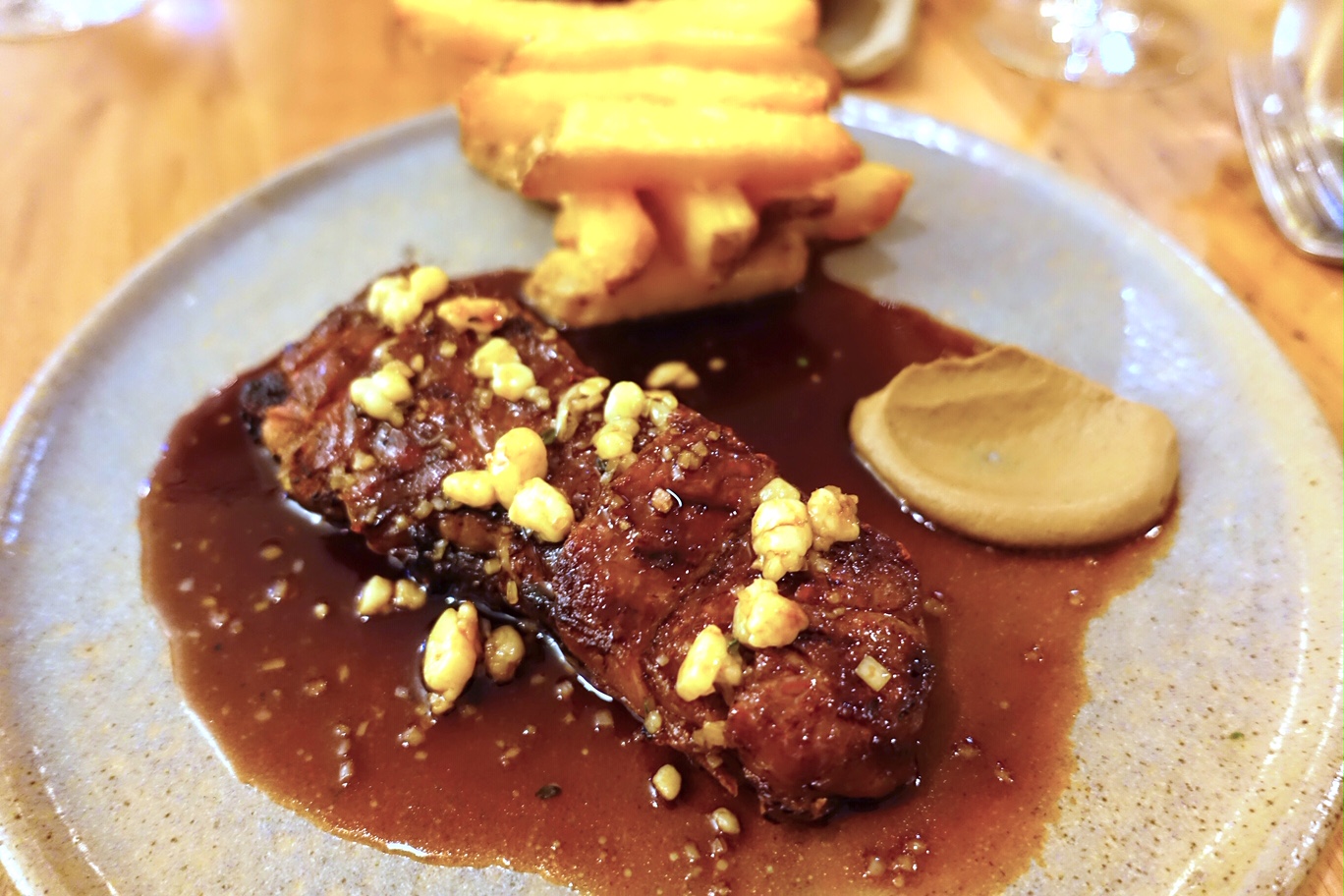 We also tried the Roasted Berkshire Pork Belly with green apple, chorizo and white bean. Slow-cooked so the meat is tender but the crackling is suitably dangerous, the ragu is gorgeously subtle and perfectly comforting for winter. 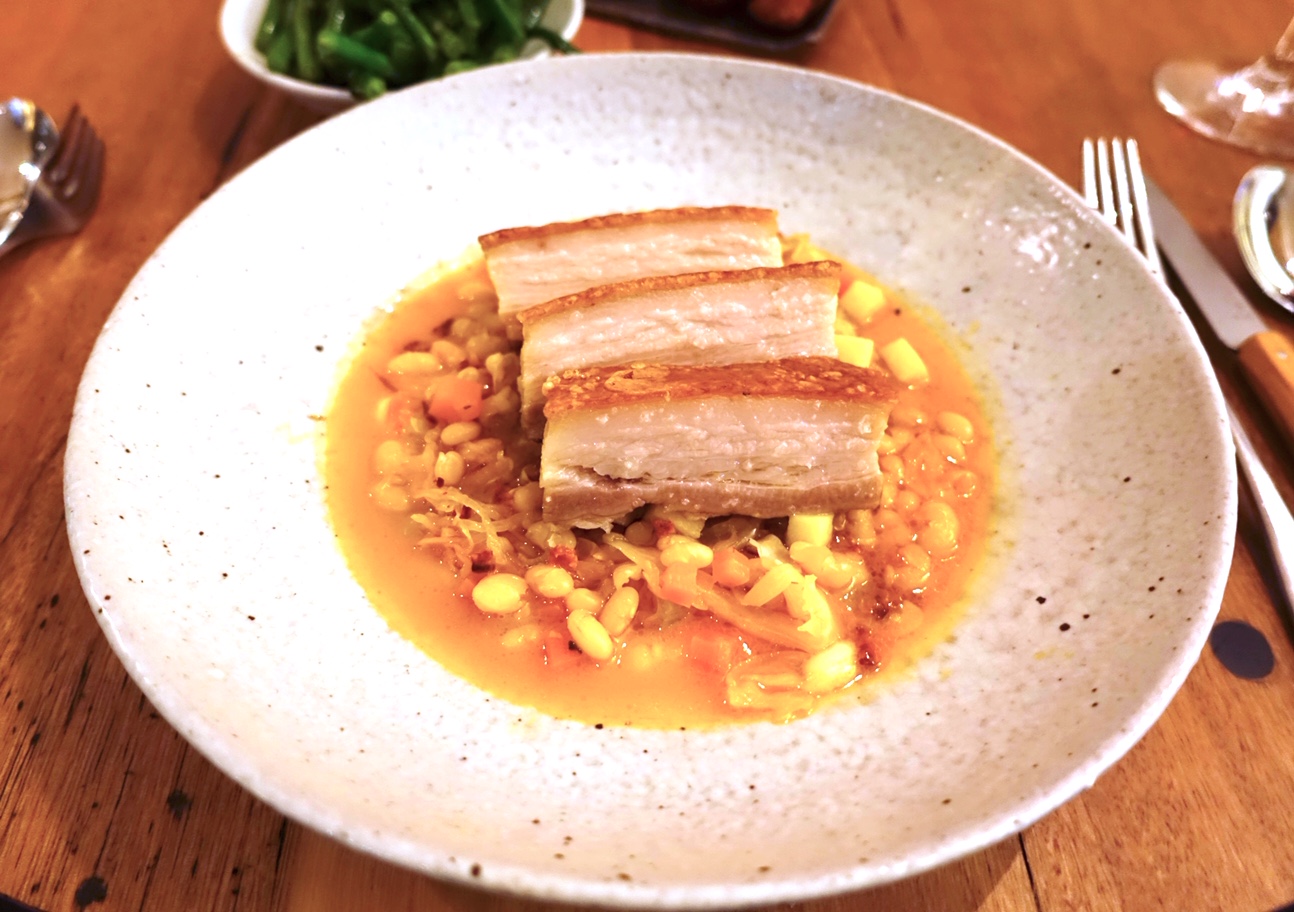 Let’s be honest, I had no idea what potato dauphine was, I’d heard of that creamy, layered dauphinoise but this was something else. A croquette-like concoction made with a mixture of creamy Jones’ Yukon Gold potatoes mixed with choux pastry & fried – you’d wanna be hungry if you’re going for these on the side. 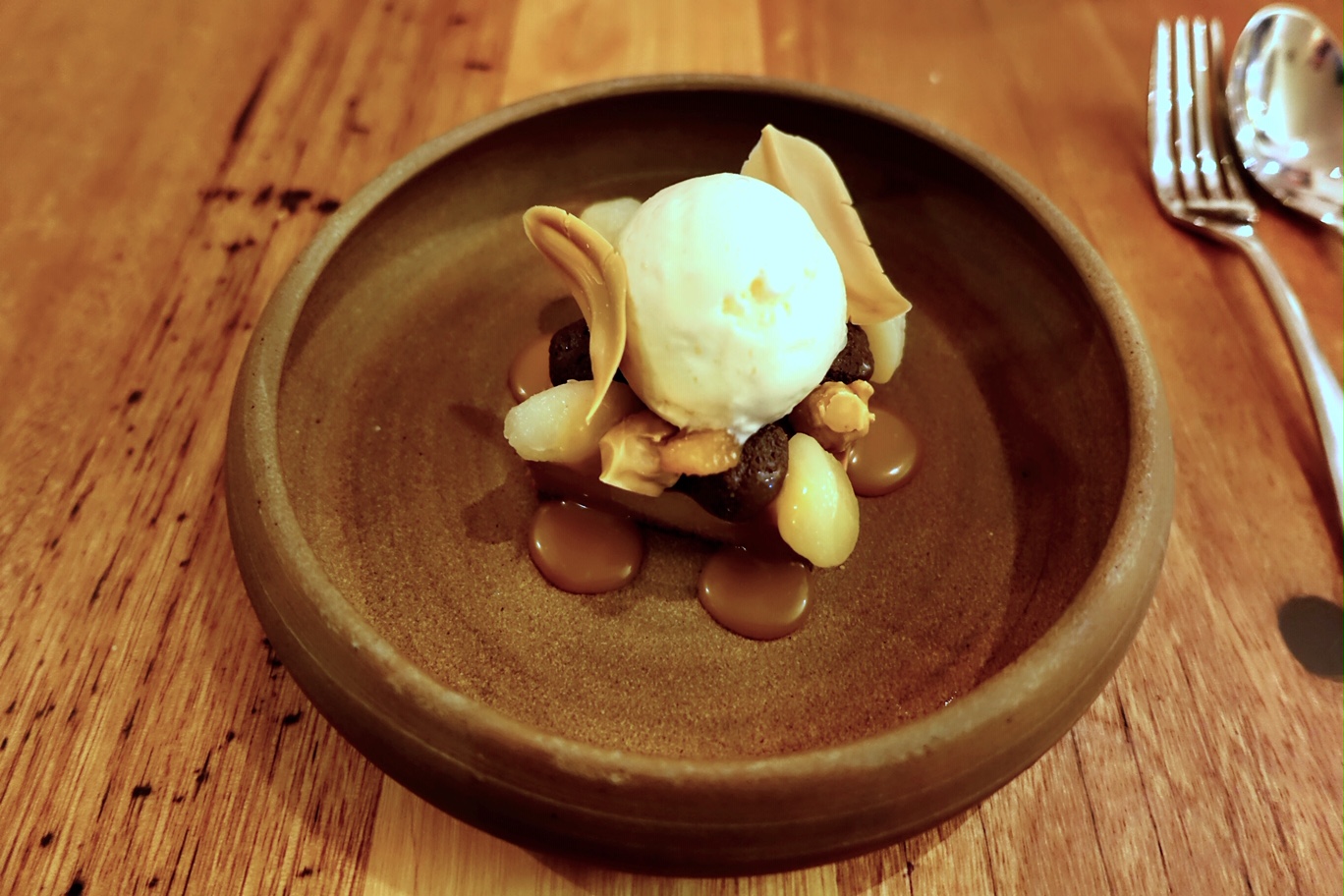 Continuing my predictable run of simple bistro dishes like parfait and steak, I couldn’t possibly go past a banana split for dessert. This a somewhat deconstructed version with soft goey banana, rum and raisin ice cream, dark valrhona chocolate sauce, and a roast peanut paste swathe around the bowl. Glutton? Me? Never.

It’s actually sad to think this one may not be sticking around. We can only hope that when the Capitol Grand is finished some time this year, that Omnia (or something resembling it) is part of the food offerings on site.