I have to admit, when Charlie Carrington first announced his plans for Atlas Dining, I thought he was a little over-ambitious. I mean, here’s this 22 year old, who after stints in top restaurants here and overseas, has travelled the world and decided he wanted to open his first restaurant here in Melbourne. But, rather than stick to a cuisine, would change tack (and country) every four months. He must be mad, right? And it can’t possibly work, right?

It all started in September last year with a culinary jaunt through Vietnam. Since then, Charlie has offered up menus from Israel (I tasted this one, it was a cracker), and South Korea. Right now, after a research trip to Mexico (a country he’s visited previously) he’s offering five courses that are his take on both traditional and modern Mexican cooking – from the street food of Oaxaca and Puebla, to Mexico City’s new-wave fine diners. 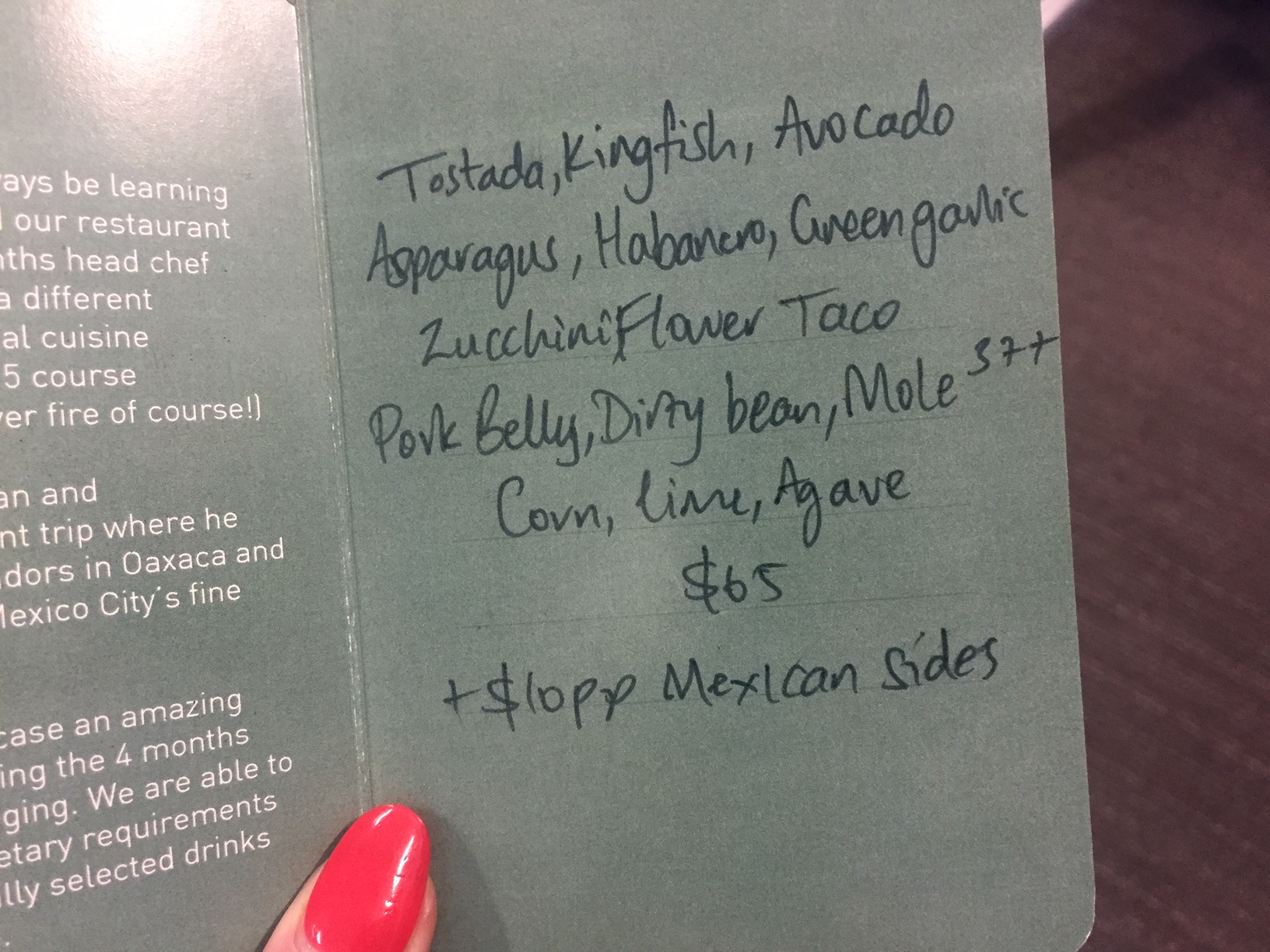 The set course menu is, I think, good value, particularly given the work that goes into each dish, and just how good they are– five courses for $65. Take them up on some of the extras and you can end up stretching the purse strings a bit, but if you’re happy to go along for the ride you won’t regret it.

So, you can add matched drinks for $55, and Mexican sides to go with your main for $10 per person. We also had the option of a sixth course for $20 per person – but be warned you’ll be up for the added wine match too at $12 per person unless you say you don’t need it.

You’ll receive your passport first, and that will list the journey you’re about to undertake. 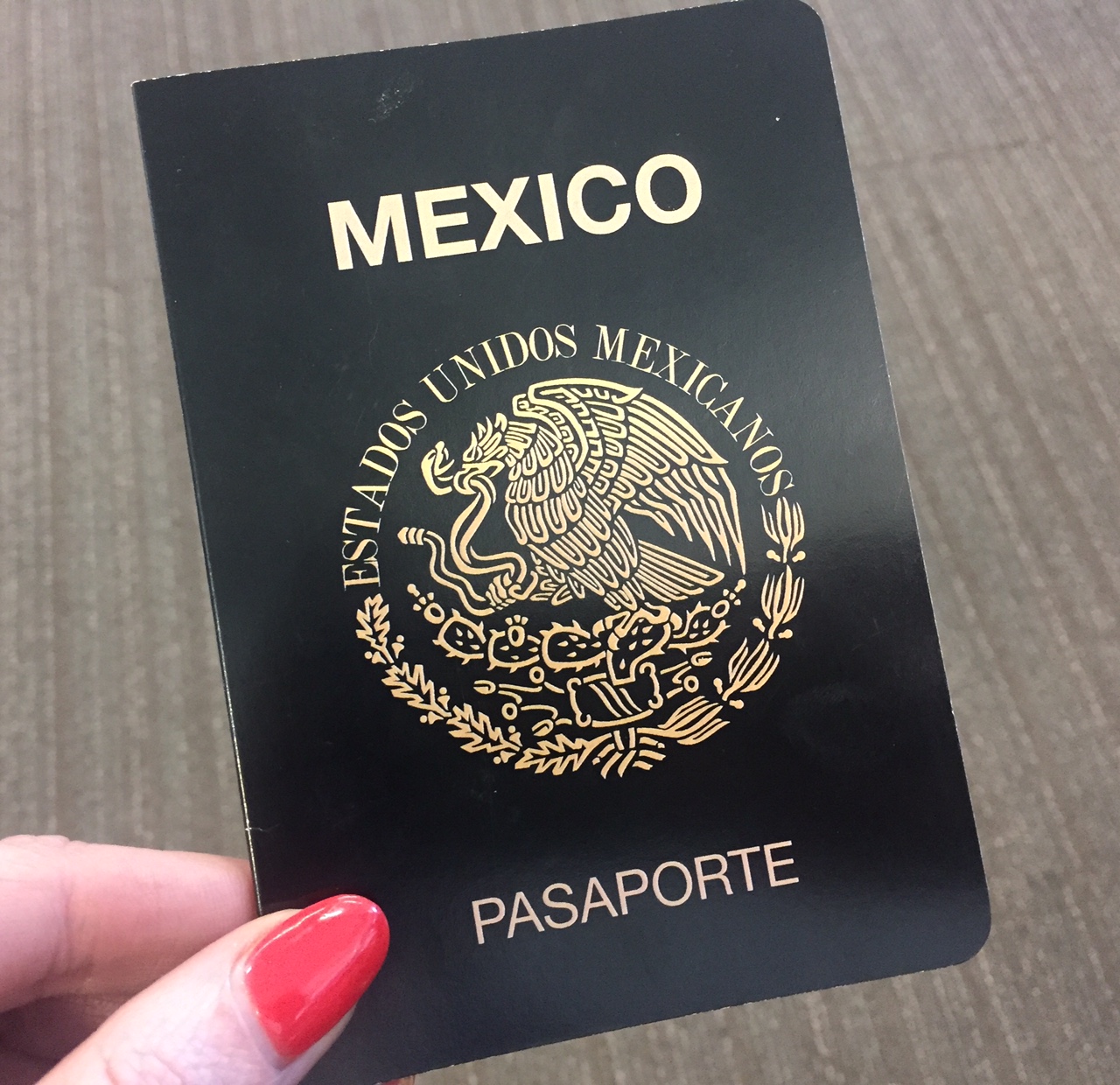 So what did we eat? It all started with a tostada dish – house made yellow corn tortilla, puffed so it’s almost a big round pocket. It’s topped with blood orange gel and seared kingfish, and sits atop an avocado mixture seasoned with Serrano chilli. My tortilla wasn’t quite as crisp as the other half’s; but his was a lovely light, piquant dish with great textures. A nice way to start the trip.

I could only hope the asparagus dish was as tasty as it was pretty. New season asparagus is grilled, and sliced, then arranged in a bowl with purslane, onion crisp, cucumber and dollops of Habanero mayonnaise. A cool green soup of sorts is poured over the lot; and this dish comes into its own when enjoyed with Atlas Dining’s choice of matching drink – aged mezcal, smoked orange and tamarind syrup. Seriously, together they were a revelation.

The jaunt continued with a surprisingly tasty, but simple, zucchini flower taco; the main was a slice of Borrowdale pork belly with Charlie’s own mole – this one consisting of 37+ ingredients ranging from seeds and nuts, to banana and spices. 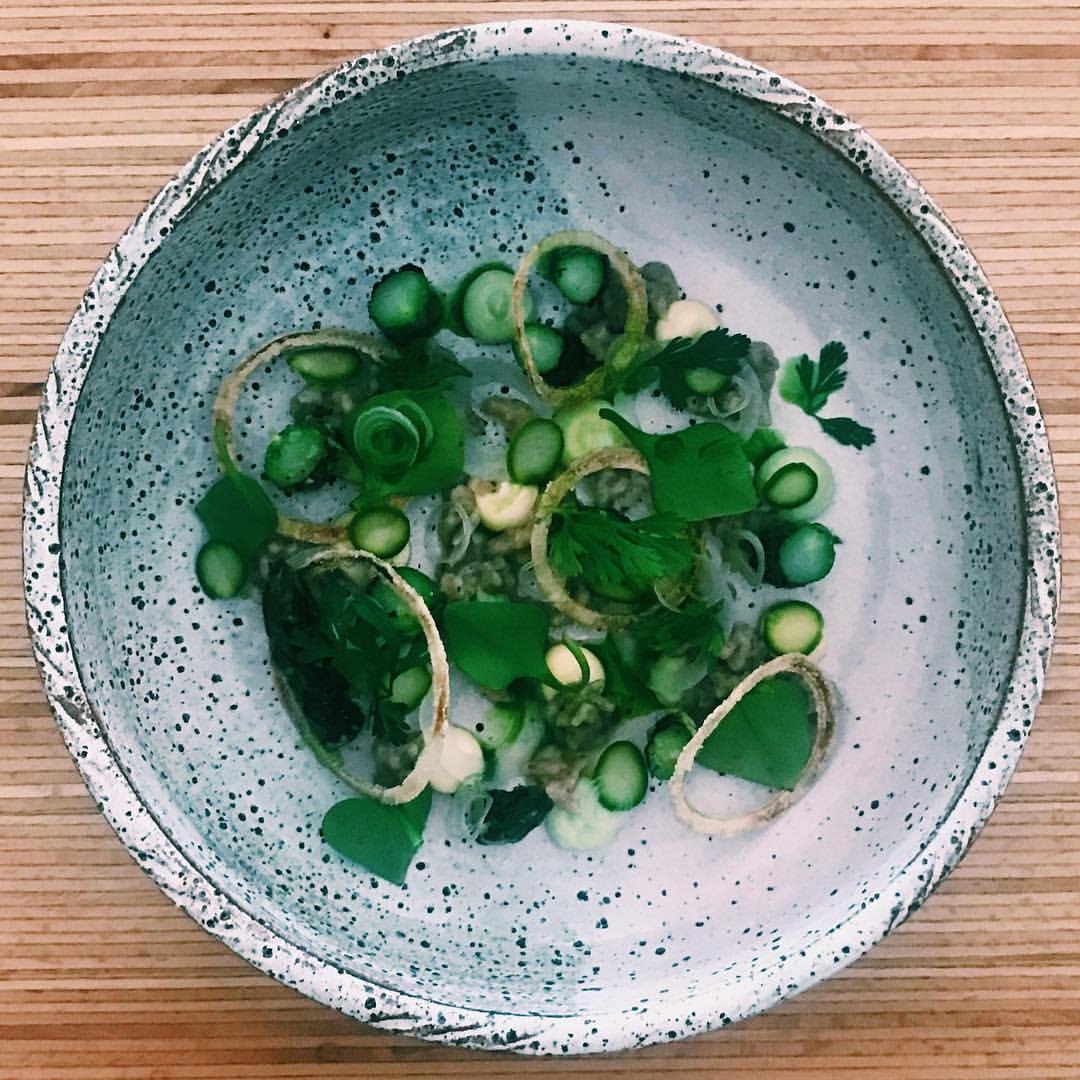 We took them up on that added course and did not regret it – grilled WA octopus grilled with house-made achiote paste, Guajillo chilli puree, potato escabeche and fried leek – just buckets of flavour.

These aren’t parma-sized plates of food, these are beautifully thought-out and executed dishes that are as tasty as they are intricate – and at five dishes for $65 they are excellent value. It’s lovely to see the world and its food offerings through Charlie’s eyes. I highly recommend joining him on a trip through Mexico, and meanwhile I’ll book my ticket to Peru, which is up next from January. Que bueno!