‘Keep your cat locked up or else’: Cat found bound with cable ties, threatening note in Research

A 17-month-old cat has been bound with cable ties around its neck, tail and leg, with a threatening note for its owners in Research.

The RSPCA says the dark-furred feline was also sprayed with an unknown green substance.

A note attached to the cat read “Keep your cat locked up or else.”

Karen Collier, RSPCA Victoria Inspector, told Tom Elliott the owner of the cat had not been confronted previously to the incident.

“The owner of the cat let the cat out early in the morning, and it returned two hours later and it had cable ties around the neck, tail and leg,” she said.

“The cable ties were extremely tight, they were on tight enough that the owner of the cat couldn’t get a knife or scissors under them to remove them easily.

“Unfortunately we see a number of these cases where people get upset with acts and do these sorts of things so we’d like any information people have to help us in this investigation.”

She said cases of animal cruelty were on the rise. 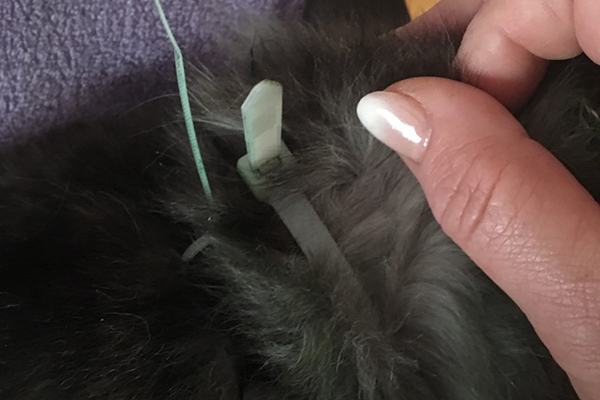 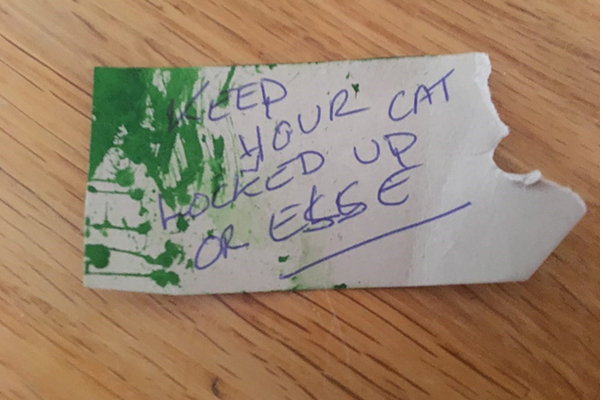