Pharmaceutical giant Pfizer says any suggestion a third party played a role in its contract with Australia is inaccurate.

It follows reports former Prime Minister Kevin Rudd took it upon himself to help speed up the supply of vaccine doses.

Pfizer says the only two parties involved in agreements are it, and the federal government.

Mr Rudd’s office has since released its own statement, stating Pfizer’s claims were consistent with Mr Rudd’s message and that he would not want to “associate himself with Australian government’s comprehensively botched” vaccine roll-out. 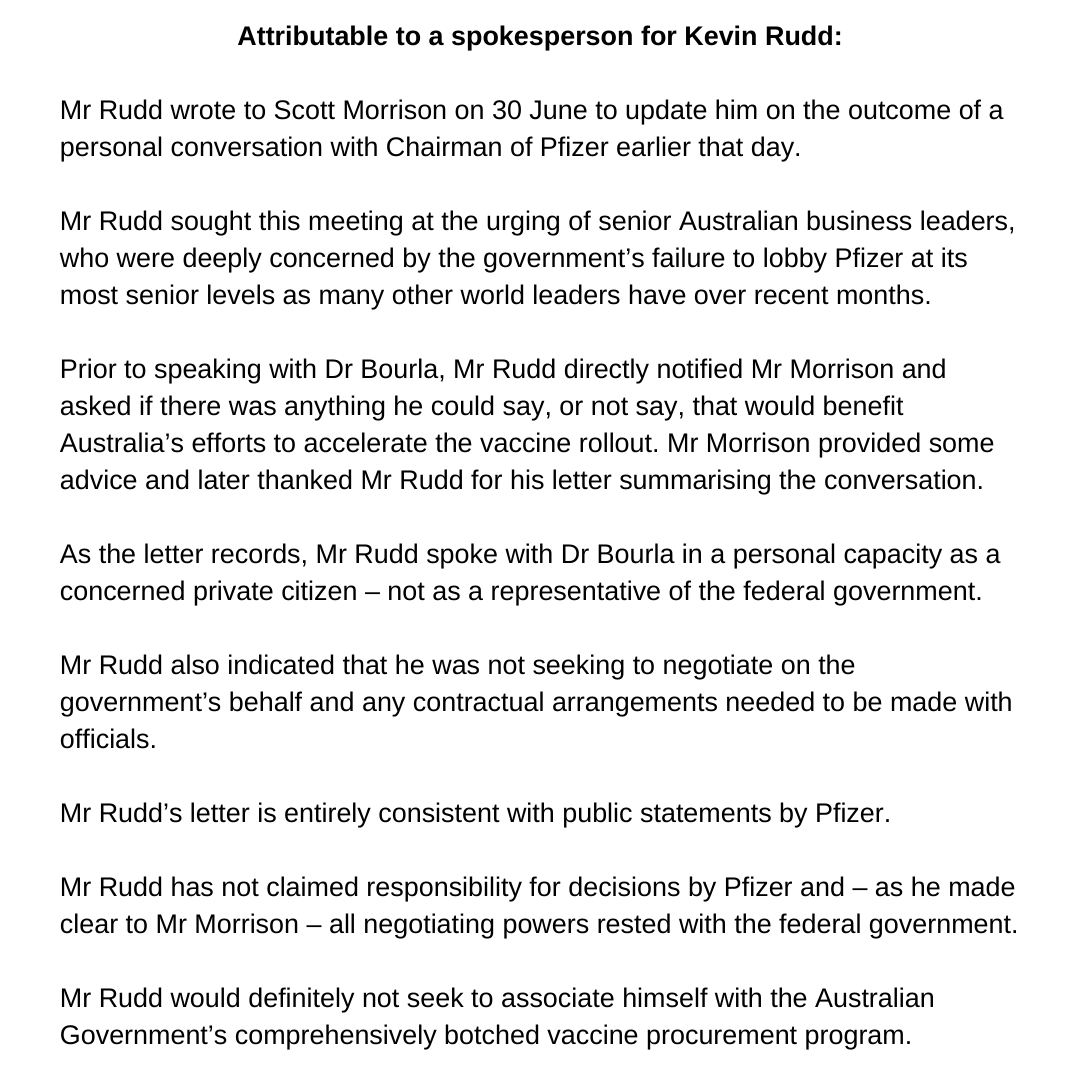