A learner driver who was fined for breaching shutdown restrictions while out for a driving lesson with her mother has received a follow up fine in the mail, despite assurances from police that the infringement would be withdrawn.

Hunter Reynolds, 17, was fined more than $1600 after going for a supervised drive in early April.

3AW’s Neil Mitchell took up the Hampton teenager’s case with Deputy Commissioner Shane Patton, who said the officer who issued the fine should have used discretion, and the fine would be withdrawn.

But Hunter’s mother, Sheree Reynolds, said her daughter has now received a follow up infringement notice in the mail, with a $25.80 late fee.

Ms Reynolds said she contacted Fines Victoria about the infringement notice, but they couldn’t find it on their system.

“I actually made a phone call to Fines Victoria and inquired about it, but she said ‘no, i can’t find anything about it’,” she told Neil Mitchell.

“Obviously there’s a lack of communication somewhere along that journey.

“I just want it to be over and forgotten about so she (Hunter) can just move on.”

After Neil Mitchell today raised the case again, police confirmed the fine has been waived and said the follow up infringement notice was sent due to an “administrative error”.

“This should not have happened and the issue has now been resolved,” Victoria Police said in a statement.

Police have contacted Sheree and Hunter to apologise for the mistake. 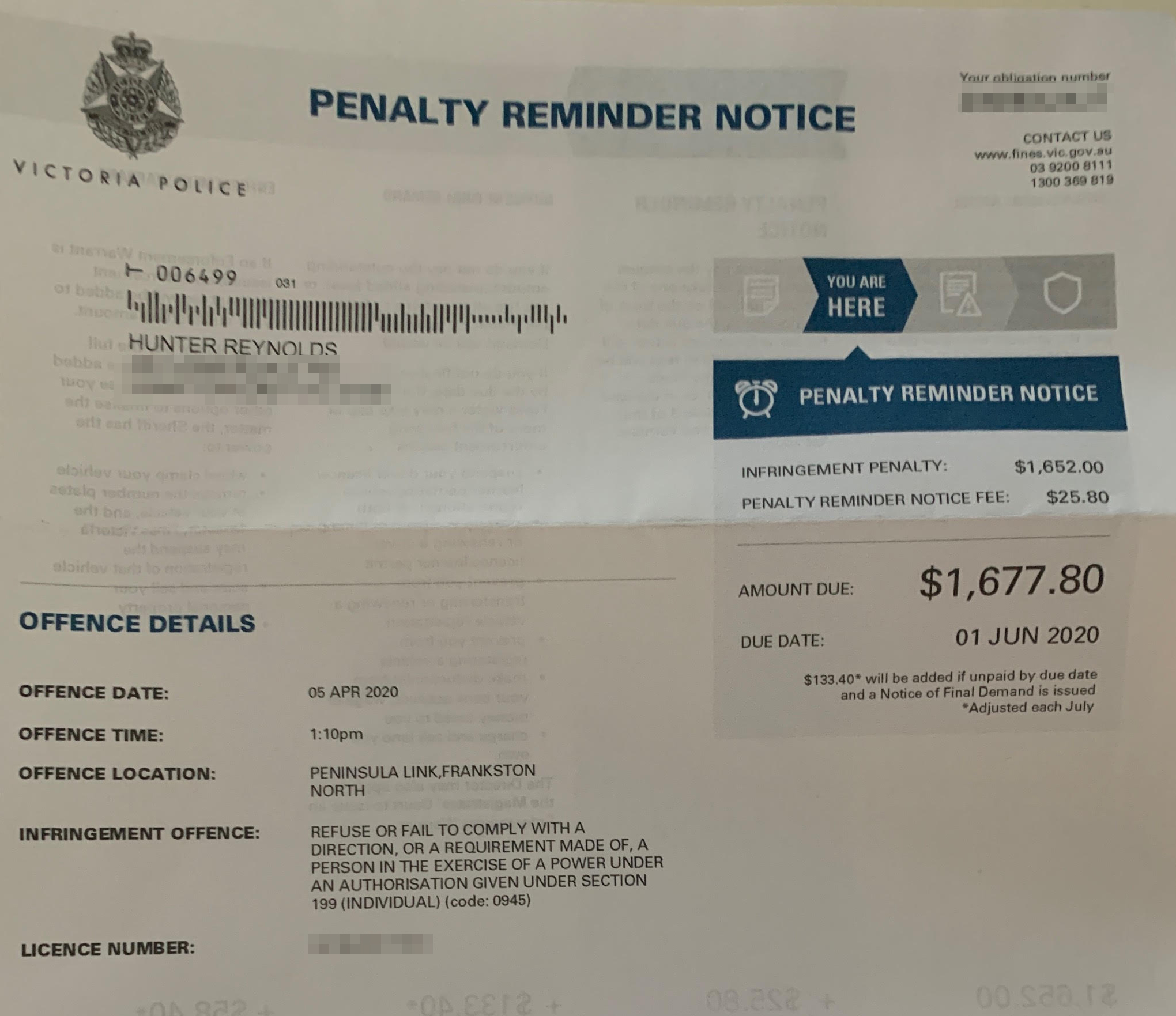