Several people have suffered serious injuries after a large section of scaffolding collapsed at Craigieburn.

Ross alerted 3AW Afternoons to the troubling incident on Craigieburn Road on Monday.

“There seems to be a lot of people hurt,” he said.

Ambulance Victoria confirmed a man in his 20s was taken to the Royal Melbourne Hospital in a serious condition with upper body injuries.

A man in his 50s was taken to the Alfred Hospital in a serious condition with lower body injuries.

Three men were in stable condition.

A man in his 30s was taken to the Royal Melbourne Hospital with upper body injuries and two men, both in their 20s, were taken to The Alfred with minor injuries. 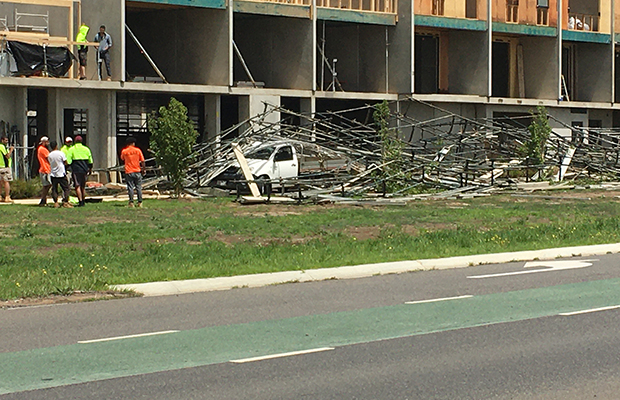