Victoria’s crime rate has dropped 4.9 per cent in a year, the biggest decrease in more than a decade.

However, the drop comes off the back of a major spike in 2016.

Victoria Police says it “still has a lot of work to do” keeping the state safe, despite the positive trend. 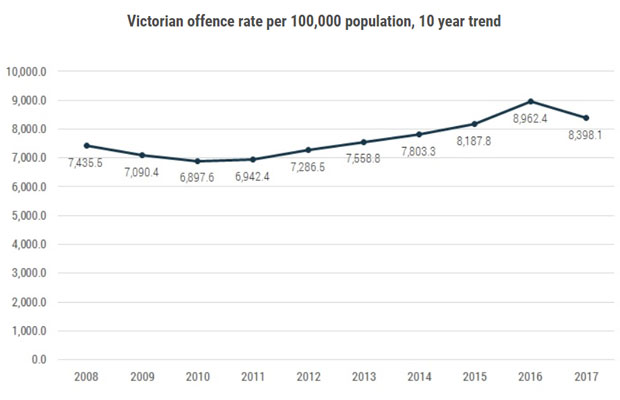 There’s also been a drop in drug dealing and fewer young offenders.

The most alarming spike came in sexual offences.

Deputy Commissioner Crisp said 25 per cent of those offences occurred more than 10 years ago.

“We’d like to think it’s a community confidence, a victim confidence in being able to report to Victoria Police,” he said.