Intense storm cells have popped up across Melbourne and surrounds, hammering certain suburbs and towns with hail and heavy rain.

And it’s led to a thunderstorm asthma warning being issued.

The Bureau of Meteorology issued a severe thunderstorm warning on Wednesday, advising damaging winds, large hailstones and heavy rainfall were to be expected in Melbourne, on the Mornington Peninsula, in the Geelong and Bellarine Peninsula areas, in the state’s south-east, and across Port Phillip Bay.

Heavy rain, wild winds and large hailstones have been reported in Geelong, Melbourne, as well as the Bellarine and Mornington Peninsulas.

Anyone who suffers from asthma or hay fever has been advised to stay inside during storms and to carry asthma medication at all times.

Below: The radar pictured over Melbourne at 4.20pm 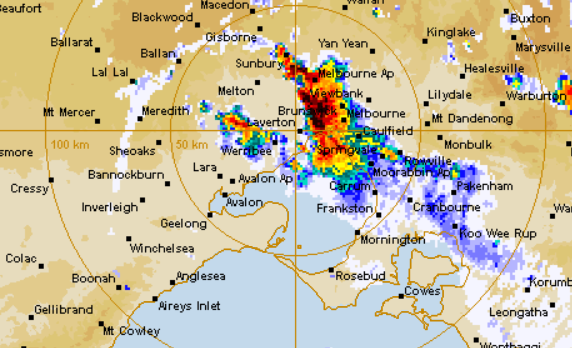 Below: A Barwon Heads backyard after the Wednesday afternoon deluge 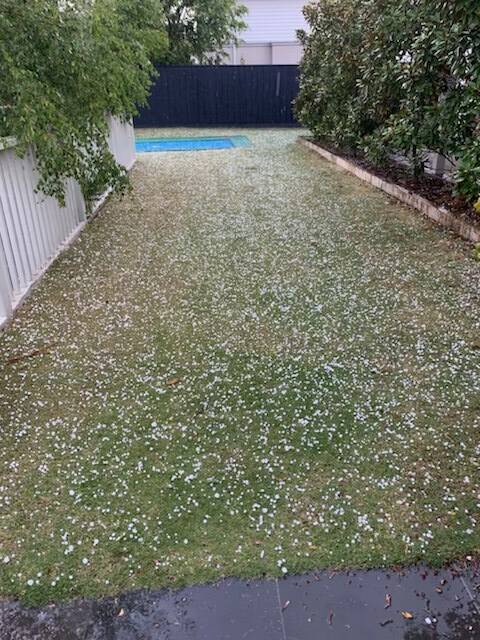 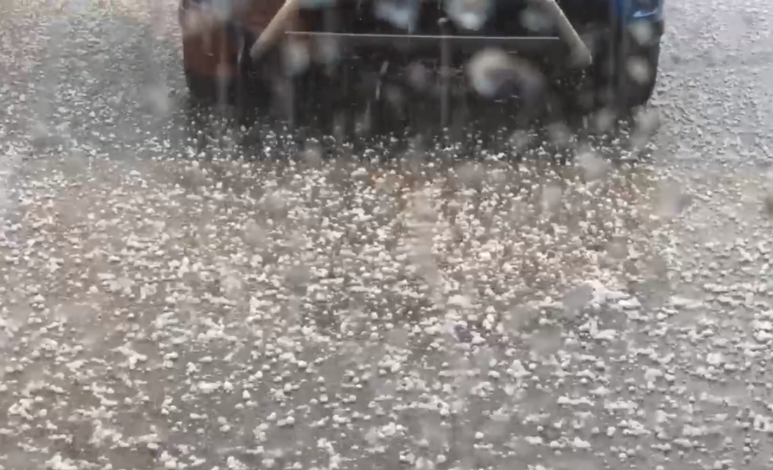