According to a memo leaked to Neil Mitchell, the police have also set up a “dedicated workplace” for officers troubled by the same-sex marriage poll.

The results of the poll are set to be released on Wednesday morning.

Neil said he’s “baffled” by this.

“Maybe they’re expecting a ‘no’ vote?” he said. 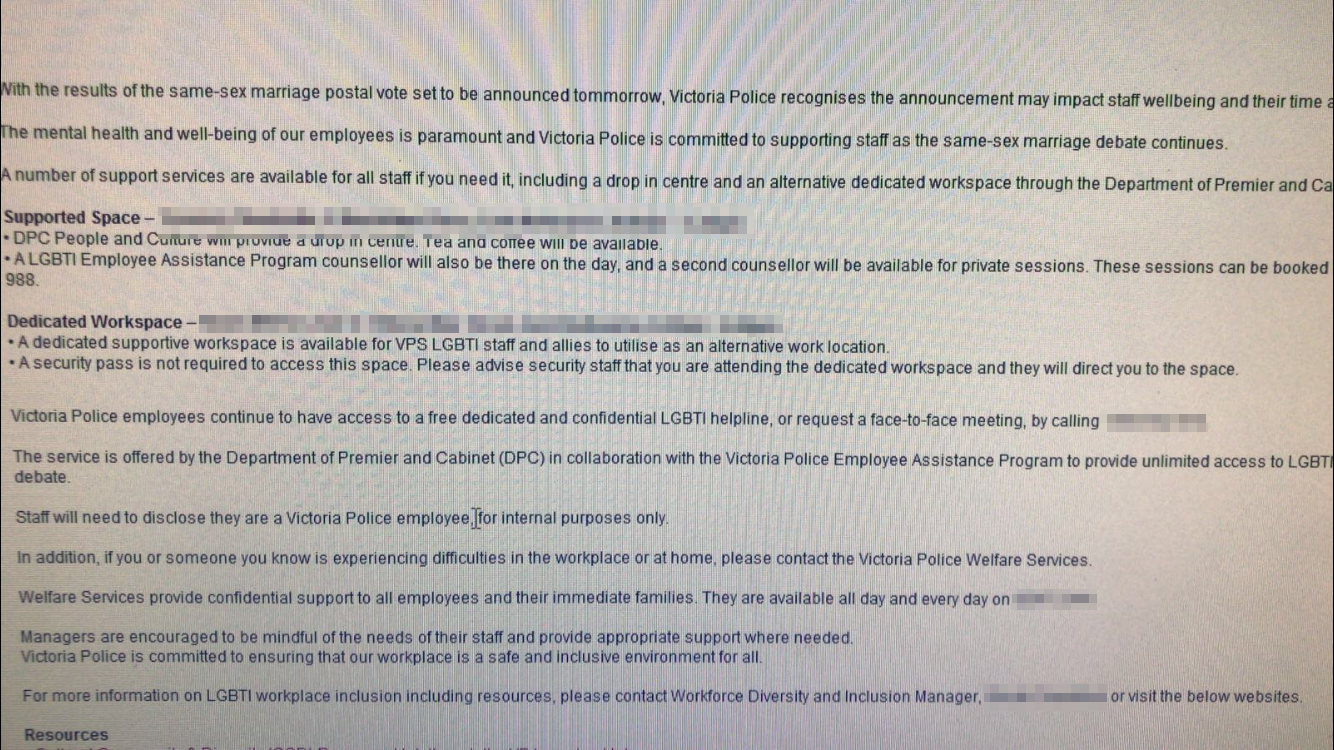