Level of stupidity on The Block ‘phenomenal’: Dee Dee Dunleavy 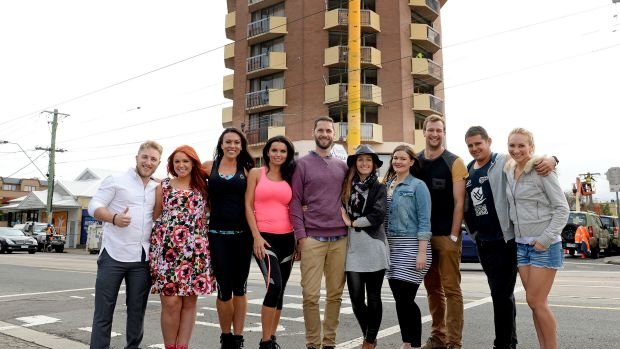 The Block is back and despite an ugly building and frustratingly dumb contestants, it’s made a solid start in ratings, with 1.07 million viewers, ranked fourth behind Nine news, Seven news and 60 Minutes.

The level of stupidity on this season of The Block is phenomenal.  Maddeningly so. But to quote an art critic on Seinfeld gazing at a portrait of Kramer, it is ‘a loathsome, offensive brute, yet I cannot look away’.

There were several moments when The Block hit a new level of dumb, starting with one of the Queensland bikini-model contestants asking host Scott Cam ‘What’s a chippie?’.

And when a tradie mistakenly walked into their room they thought he was there to work for them, even though they hadn’t called him.  Apparently that happens to them, they said.  Men just turn up and do things for them. Giggle. Jiggle.

And their ditziness was contagious.  A tradie driving one of them back to The Block site, the old Hotel Saville at the corner of Commercial and Punt Roads in Prahran, said ‘We’re going to have to find a *quick* way down Chapel Street’, a comment sure to have locals rolling in the aisles.  That’s like trying to find a *quick* way out of the MCG car park after an Anzac Day blockbuster.

And then there’s contestant Caro, who said ‘anythink’. She’s going to re-purpose old motel furniture in her room and I pray that the judges spray her room with luminol to show up any, erm, stains, before putting it up for auction.

The Hotel Saville has a seedy past. It was the scene of a gruesome attack by self-proclaimed vampire gigolo Shane Chartres-Abbott, who raped and mutilated a woman in the shower of a room there in 2002.  He was shot dead the following year.

The eight-storey octagon-shaped building sold for $7.3 million in June last year. It is local legend that The Rolling Stones stayed there in the 1970’s, and it will be intriguing to see what they can do to make it into attractive real estate, since it’s on an incredibly busy intersection, overlooking a service station and the Alfred Hospital. And it’s a stone’s throw from the disappointing Block Glasshouse in which three of the apartments barely made their reserve prices.

Nine will be happy to have cracked the one million mark for this first episode. This is series 11 of The Block and ratings have been waning. Series 10 launched in January to 861,000 viewers, and occasionally failed to make the top ten up against my Kitchen Rules on Seven.

Thankfully the show has been stripped back to basics, with contestants diving straight into renovating a bedroom in 24 hours on a $3000 budget (therein lies more stupidity, with Townsville couple Caro and Kingi blowing the budget on their first day).

And the mistakes keep coming: one couple has ordered a bed base too large for their mattress. Another couple has bought flat-pack furniture which takes a lifetime and mad skills to assemble. But the mistakes are the charm of the show. It makes us feel better about ourselves. We know that we would do better.