Lighting up the roads: Police ramp up action in pay dispute

Police will be flashing blue and red lights warning drivers of speed traps as the campaign for a better pay deal from the Andrews Government ramps up.

The union is demanding double what’s on offer, saying the 2 per cent is an insult.

Officers are also being given chalk to write messages on patrol cars.

Police union secretary Wayne Gatt says it’s a good time of the year to warn drivers, not book them.

“One of the things we’ve often talked about is the positive impact of seeing more police on the roads,” he said.

“It’s actually a good time of year to be doing this — maybe not for the government, but certainly for the community.” 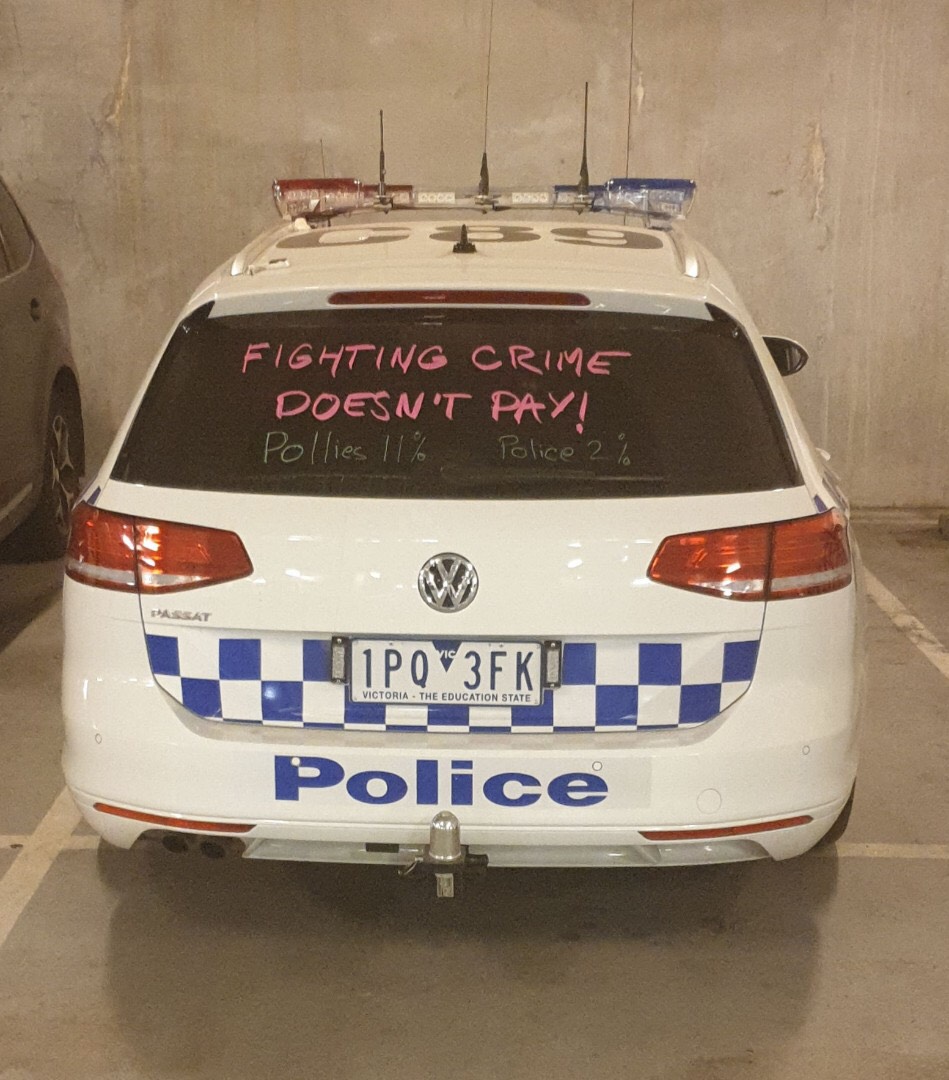