Why you may notice smoke and debris in the CBD today

If you notice smoke and debris in the city today, don’t be alarmed.

A busy CBD street is closed to traffic today to film an episode of new ABC series, The Newsreader.

Russel Street between Victoria Street and La Trobe Street, along with MacKenzie Street were closed at 5am and will remain shut until midnight.

Some footpaths are also closed and Melburnians have been warned there may be smoke and debris.

“The two wrecks in place, with all of the carnage around it, really is quite an eerie sight,” she told Dee Dee.

Press PLAY below for more on 3AW Afternoons

Some drivers are furious about the road closures.

A listener took a video of the deserted street this morning.

Press PLAY below for the video.

LIGHTS, CAMERAS, ROAD CLOSURES!📽🎬
Filming will be taking place around the Melbourne CBD and Carlton areas on Tue 2 and Wed 3 February. Please be aware that there may be smoke and debris during filming.

The following road and footpath closures will be in place: 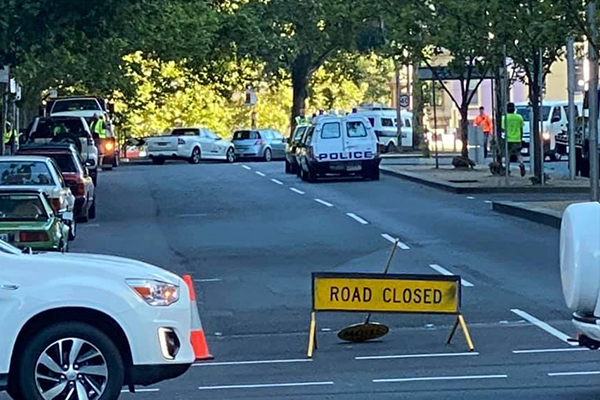