Lion and fake Uber driver team up for Collingwood heist

A man dressed as a lion and his accomplice disguised as an Uber driver remain on the run following a Collingwood burglary.

Police have today released images the duo, whose unlikely costumes have helped them give police the slip since last Saturday.

Detectives believe the men broke into to the Down Street business about 3.10am.

They stole an Apple iPhone 8, four Microsoft Surface Pro computers, a GHD hair iron, a Canon camera and chocolates, among other items.

Anyone with information or who recognises the man is urged to contact Crime Stoppers on 1800 333 000 or submit a confidential report online at www.crimestoppersvic.com.au 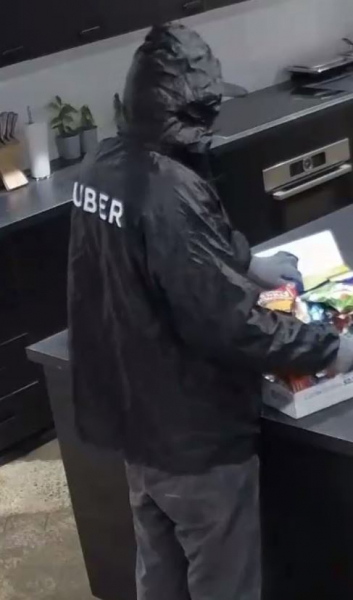