Lisa Neville to delay return to work on medical advice

Lisa Neville won’t be returning to work this month as planned.

The senior Andrews government minister has been struggling with a severe flare-up of the debilitating Crohns disease since last year.

It’s resulted in multiple surgeries and lengthy lay-off from her government roles.

She revealed on Friday she had since been told by doctors to stay off work until at least August.

“I wish her well,” Tom Elliott said in response to the news on Friday. 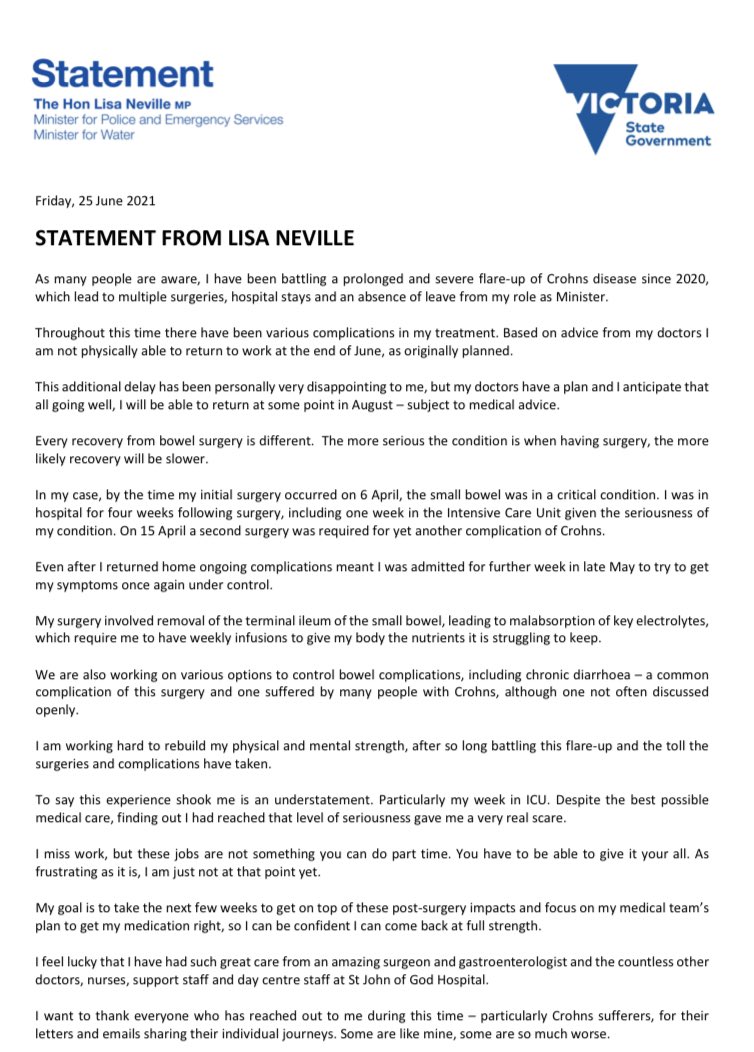