UPDATE: The beloved puppy and best friend of a four-year-old girl has found her way home.

Ryan Hood’s family arrived at their Croydon Hills home around 11.30am on Monday to find it had been broken into.

Laptops, iPads and jewellery had been stolen.

And the family’s eight-week-old Labrador puppy, Sasha, was nowhere to be seen. 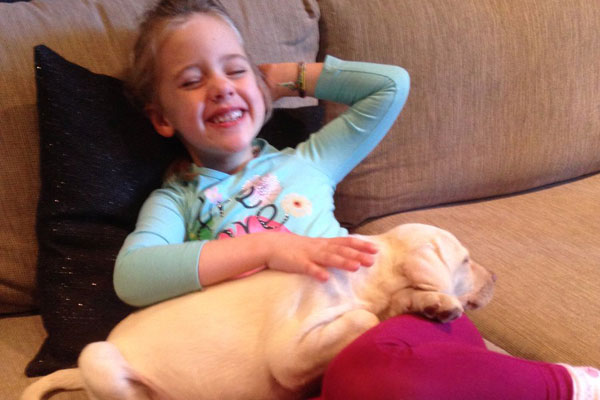 But this morning there were tears of joy.

“She’s been returned, we are so thankful,” he told Neil Mitchell.

“We don’t know if they had a conscience or they got scared, we don’t care we are just thankful to have her home.”

“My daughter is devastated, unsurprisingly,” he said.