The candidate hotly tipped to become Melbourne’s next Lord Mayor wants to see several hectares of new parks built in the centre of the city.

Sally Capp has told Neil Mitchell she wants to have numerous new parks created; one at Federation Square, one at Flinders St Station, one at Etihad stadium, all linked by sky walks.

The 2.5km paths for walking and cycling would run from Birrurung Marr to Southern Cross Station.

“The idea is to deck over the rail yards,” Ms Capp told Neil.

“All of that across the top, coming out of Flinders St Station, the part of Federation Square east which is currently undecked which goes down to Exhibition St, and then between Bourke and Latrobe.”

The idea is modeled on New York’s Highline, (pictured above), an artist’s impression of what our CBD would look like is below.

NOW | @Vote1SallyCapp for her first in studio interview with @3AWNeilMitchell, talking her plan for the Highline in Melbourne.

“It will be a challenge but I know we’ve got the expertise to do it.” pic.twitter.com/F07L88Zq92

Neil pointed out that the project in New York cost $152 million and took 10 years to deliver.

“But that’s not insurmountable, Neil,” she said. 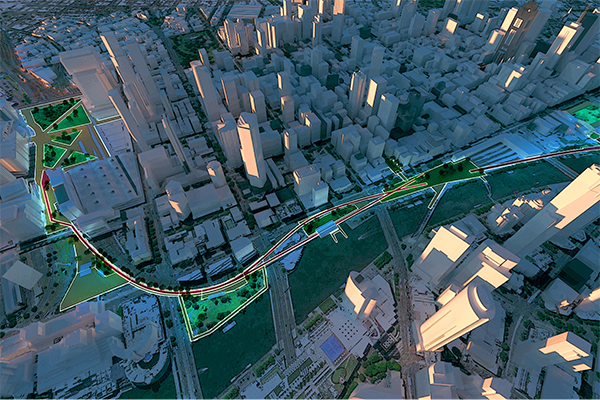 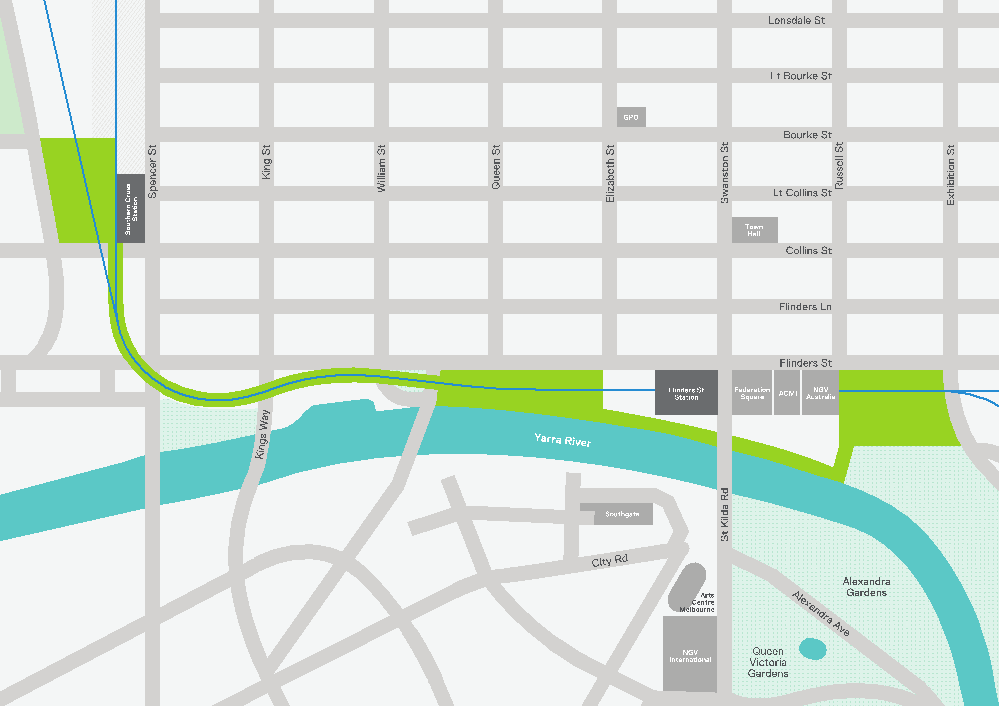 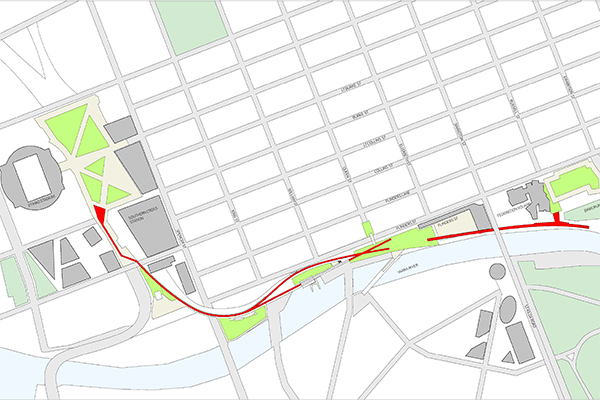