A dog owner on the Mornington Peninsula is furious after his 13-year-old border collie ate what appears to be rat bait wrapped in pastry, which had been strewn across the ground.

The small pieces were spotted on the ground along Tara Drive and Lewis Street in Hastings.

Jose Zandveld, said it was a “very low act” after his dog Anzac ate some of the bait.

“It looked like bread scattered on the ground,” Jose said.

“Until I picked it up and saw some iridescent green in the middle.

“I got my boy home, I contacted the emergency vet, they induced vomiting.

“I went back and picked up what was there and reported it to local authorities.

“Then this morning walking him again, I found some more.”

Victoria Police confirm they are appealing for witnesses after dog bait was located in the Hastings area.

Pet owners in the area are asked to be vigilant and report any unusual behaviour or suspicious substances appearing in their neighbourhood. 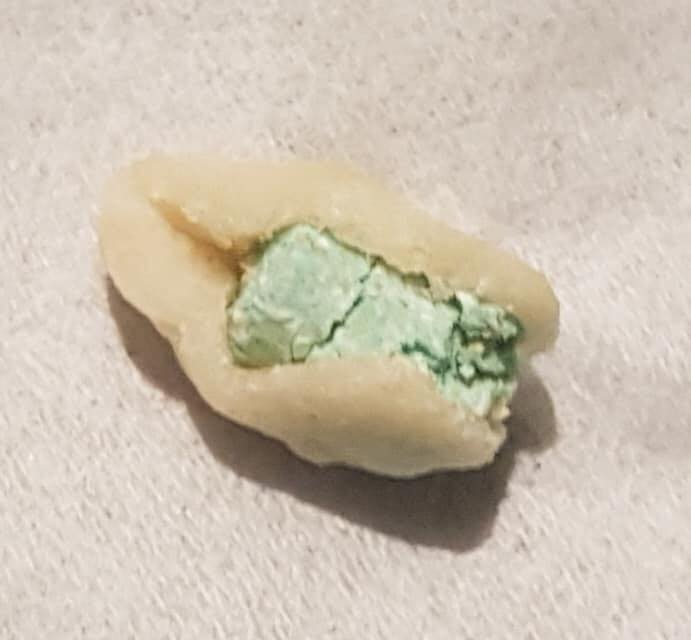