Extinction Rebellion has targeted the Kings Way exit of the West Gate Freeway.

A 17-year-old climate activist was sitting on top of a six metre high steel tripod.

It caused major delays for motorists on the West Gate Freeway city-bound for more than two hours on Friday morning.

Chris Miller from the Department of Transport says it’s the “most impactful” blockage by Extinction Rebellion this week. 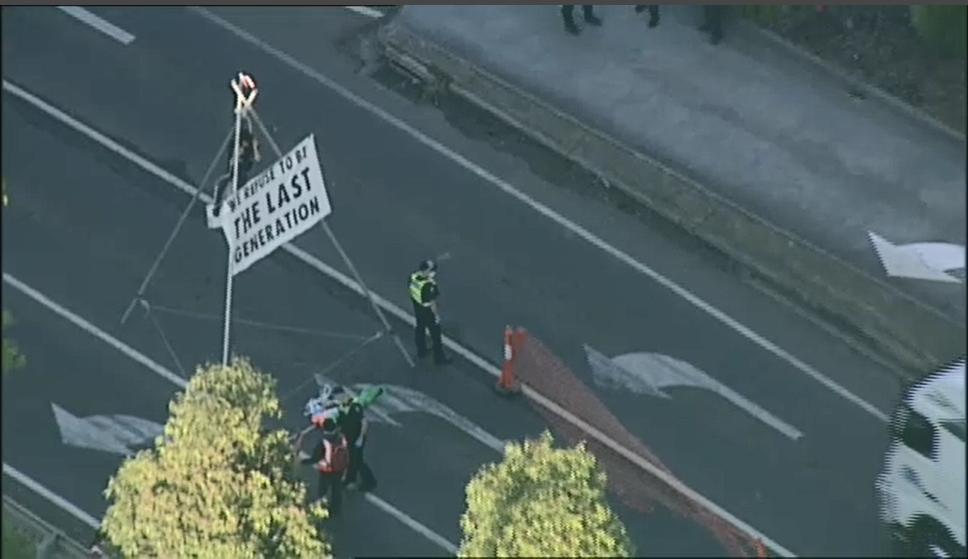