A Ringwood man has been arrested and had his bike seized following a collision with a young boy in Melbourne’s east.

The 42-year-old male was riding a powered bike when he allegedly hit an eight-year-old walking along the Mullum Mullum Trail on Saturday.

The boy sustained facial injuries in the collision and was treated in hospital.

The 42-year-old was arrested last night and is expected to be charged on summons with a string of offences including conduct endangering serious injury and unlicensed riding.

His bike has been seized.

Press PLAY below to hear more from Victoria Police 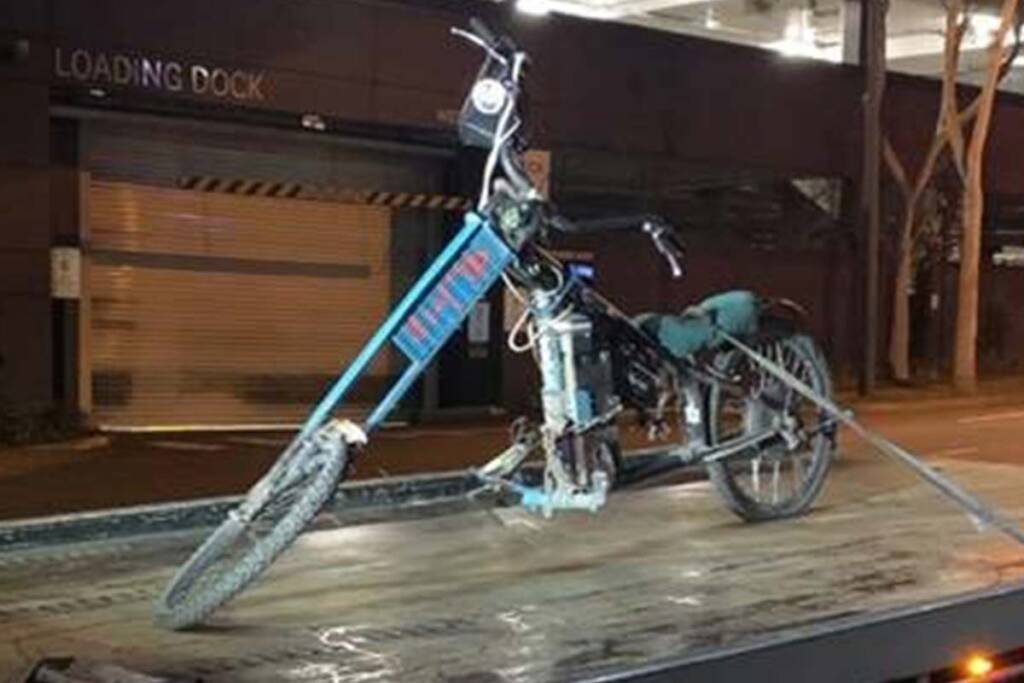 Image (above): The powered bike which was seized

Anyone who witnessed the bike in the area or who may have footage of the bike is urged to contact Crime Stoppers on 1800 333 000 or submit a confidential crime report at www.crimestoppers.vic.com.au