A man has been charged over a dramatic CBD hit-run in which a police officer was injured by an allegedly drugged driver hellbent on escape yesterday.

An officer on a motorcycle tried to stop the car on Collins Street about 3.30pm on Thursday, but the driver attempted to flee and hit the police member and ran over his motorbike.

A Dallas man, 20, was arrested not far from the scene and overnight charged with:

Tom Elliott was flooded with calls, several witnesses reported seeing a silver Toyota crashing into other vehicles before being swamped by police.

Standing at the corner of Russell and Collins, Sam told Tom Elliott the silver Toyota sped past police who were doing traffic direction training.

“A car seems to have rammed something, then about 20 police officers who were doing their regular traffic training started running after this guy on Russell Street,” Sam said.

“It got through them and tore down Collins Street and a couple of police on motorbikes chased after him.”

Jane at RMIT said police have the driver on the ground.

“He looks young, they’ve had him pinned on the ground and now he’s on his knees in handcuffs,” she said.

“The response from police has been incredible, there are so many police here right now.”

Nick said the driver “nearly took him out”.

“The whole front end was ripped off the car,” he said.

“He then sideswiped a tradie.”

The male police officer was treated for minor injuries. 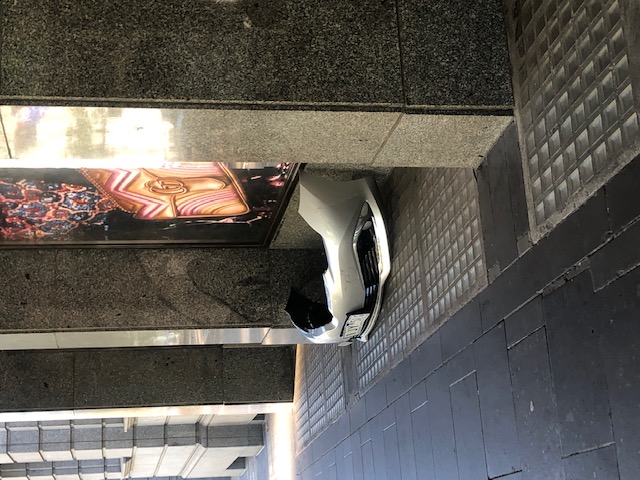 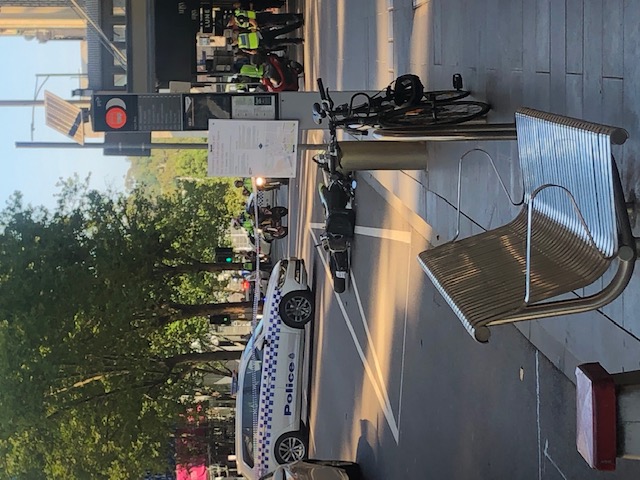 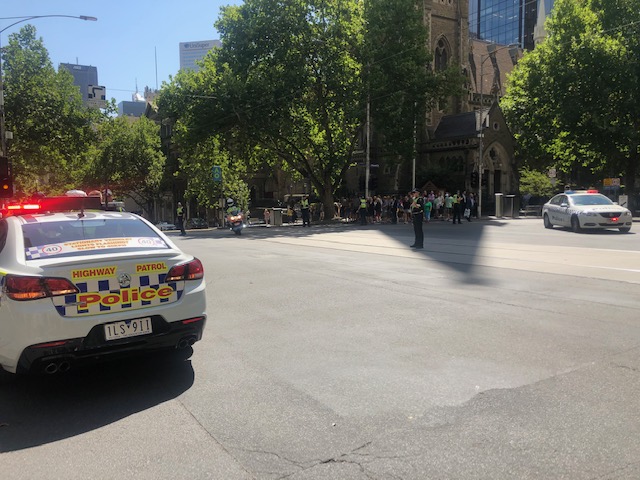 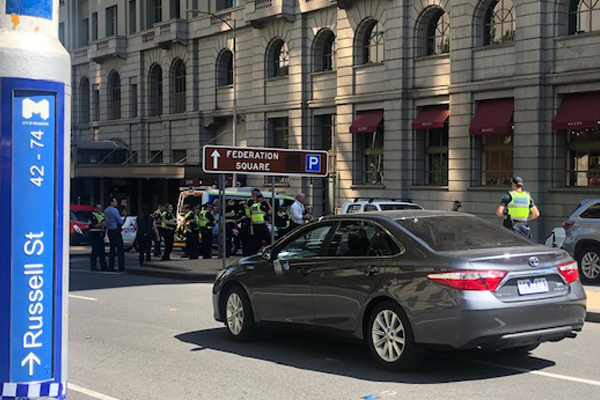