A man has been rescued after falling into an open grave and breaking his leg in Melbourne’s north east this morning.

Emergency services were called just before 8am to the cemetery on Metery Road in Eltham where the man became trapped in a newly-dug grave.

The man in his 40s, who works at the cemetery, fell into a 2m deep grave and broke his leg.

There is no body in the grave.

A trench rescue pod had to be requested from MFB due to the ground around the grave being unstable, which arrived and the man was rescued just before 10am. 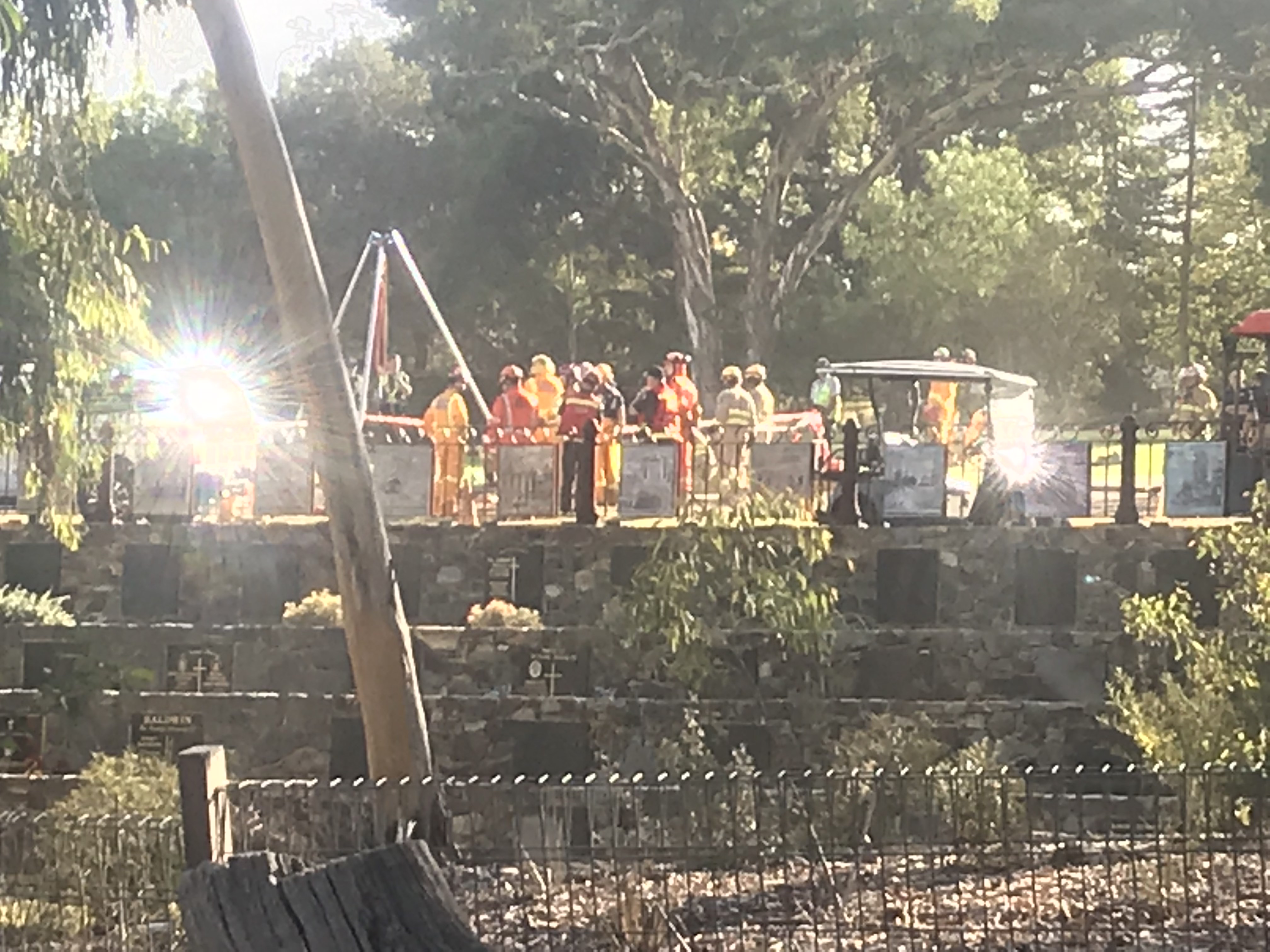 UPDATE: We’ve checked in with @AmbulanceVic who say paramedics have been called to report of a man trapped in Metery Rd Eltham. He is believed to be in his 40s with injuries to his leg.