A fire has broken out in a home in Melbourne’s west.

The blaze started in a single storey home on Gordon Street, Footscray just after 1.30pm.

“A massive fire has just erupted,” he said.

“I went past the house, saw some smoke, by the time I’ve gone around the corner to do a double take back the flames were 50 metres into the air.

Seven MFB trucks battled the blaze, bringing it under control just after 2pm.

A smoke warning has been issued for the area.

Residents who are sensitive to smoke are advised to close windows and doors and turn off heating and cooling systems. 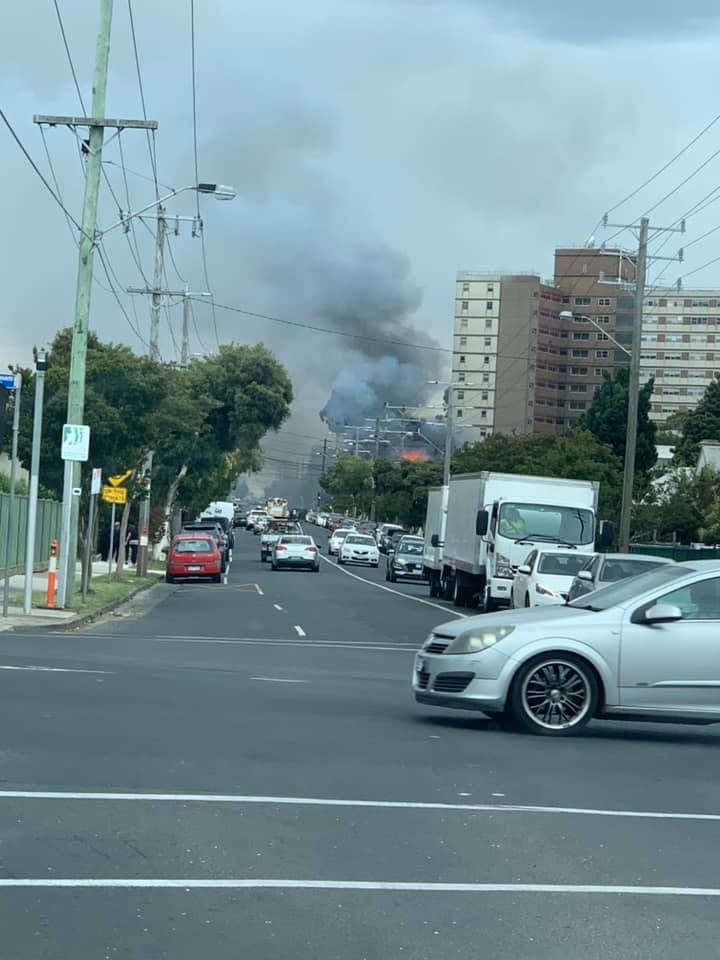