A Malvern East man set himself a challenge — to see every street within five kilometres of his home during lockdown.

Ben Loke took it upon himself to travel down every single street within his five kilometre bubble, a trend known as ‘burbing’, which has become popular among cyclists in lockdown.

He cycled most of the area, but also ran and walked some of the route.

“It was a bit of motivation from Karen from Brighton to begin with,” he told 3AW’s Dee Dee.

But Mr Loke underestimated how difficult the challenge would be.

“Even though it’s only an hour each day, I ride a single speed bike, so a lot of the hills and the wind, and I was doing it pretty much every day,” he said.

“It took a toll on the body and it became pretty apparent within a few weeks how many actual kilometres of streets there were within the five kilometre radius.

By the end of the 10-week challenge, Mr Loke had covered a staggering total of almost 1400 kilometres. 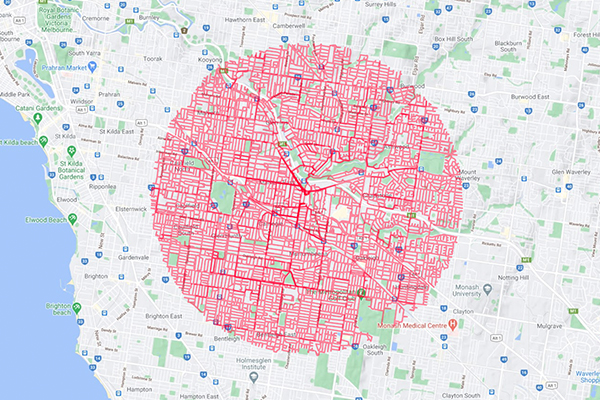