Image: Rowers on the Yarra in Richmond (@forbesclark / Instagram)

Temperatures have fallen below zero across much of Melbourne as our freezing end to winter intensifies.

The CBD has had its equal-coldest morning since June last year, dropping to 0.8° about 6am. 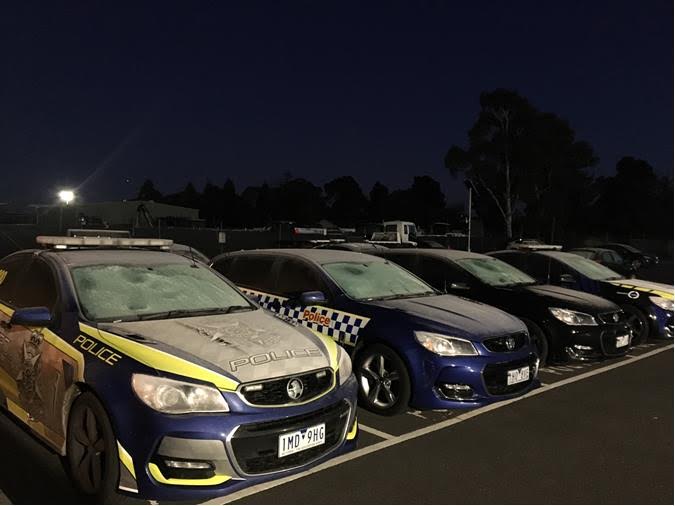 Above: A few new cold cases at Victoria Police HQ this morning…

But things are more dramatic at Melbourne Airport where the minimum of -1.9° — the coldest late-winter morning in more than 50 years, according to the weather bureau — has forced ground staff to de-frost plans at Tullamarine.

A flight from Melbourne to Dubai has been delayed by about two hours due to the cold.

Passengers called Ross and John from aboard the Emirates flight, saying they’ve been sitting on the tarmac for some time.

Other flights have endured minor delays.

There’s a mainly sunny day ahead, with a light winds and a top temperature of 15°.