All eight signs leading up to the bridge, which has overtaken the Montague Street bridge as the most commonly hit in Melbourne, warn of a 4.1-metre clearance.

But, as revealed on Neil Mitchell’s 3AW Mornings program today, the sign on the bridge tells a different story — 4.0m, it says.

Adding to the intrigue is the fact that the closest sign to the bridge (pictured below) has clearly been changed to say 4.1m where it once said 4.0m. 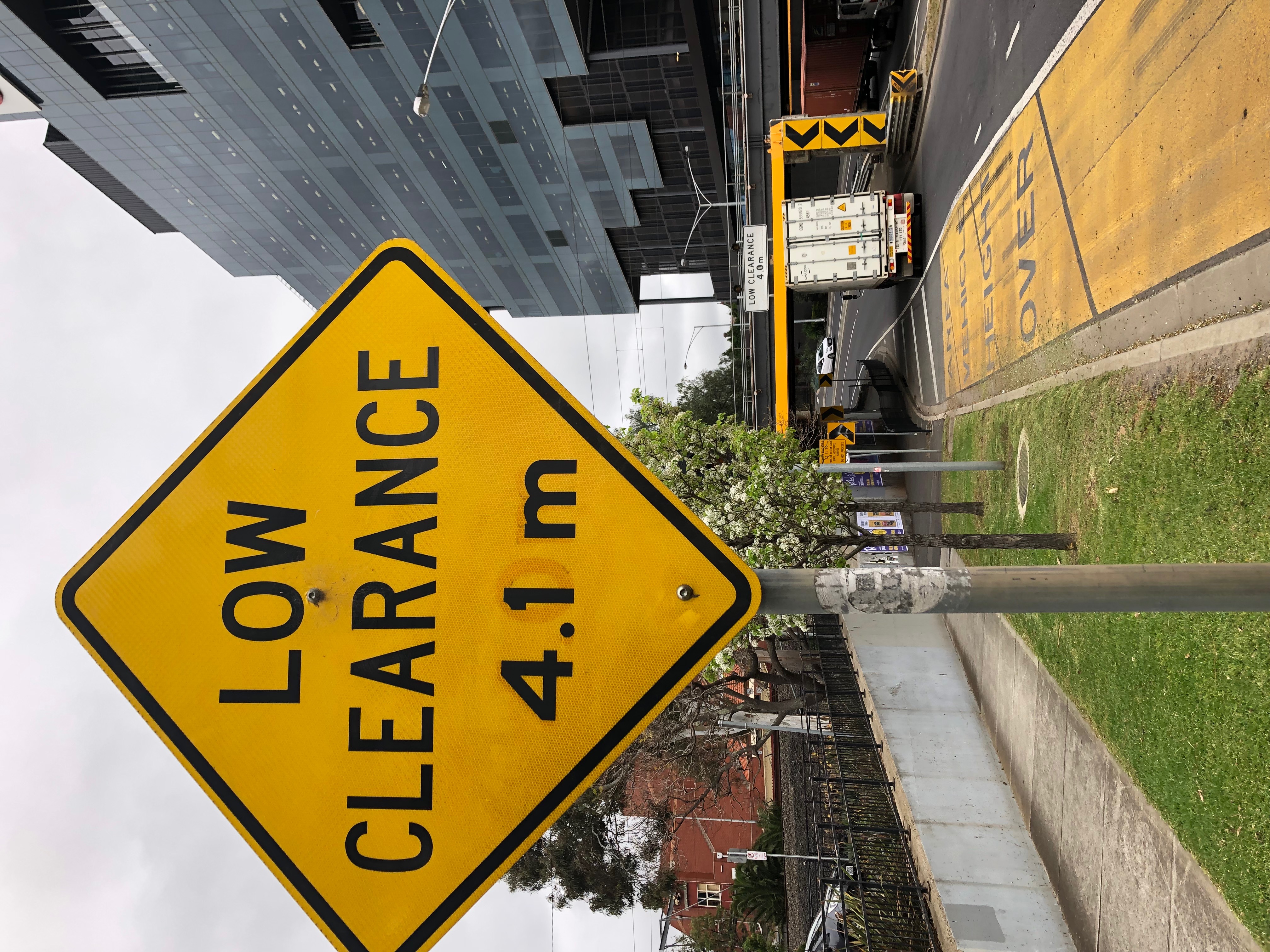 Later, the Department of Transport’s services head, Jeroen Weimar, told Neil Mitchell the signs would soon all indicate 4.0m as a safeguard.

But Neil remained confused as to why the above sign had been changed to 4.1m from 4.0m.