Jenny Mikakos has deleted a tweet making an extraordinary allusion directed at the Premier’s office on Twitter.

Anything to add Jenny? @JennyMikakos

Ms Mikakos responded in a now-deleted tweet suggesting, without any evidence, that the anonymous account was somehow linked to the Premier’s Private Office and said the Premier’s chief of staff, Lissie Ratcliff, “should be embarrassed”. 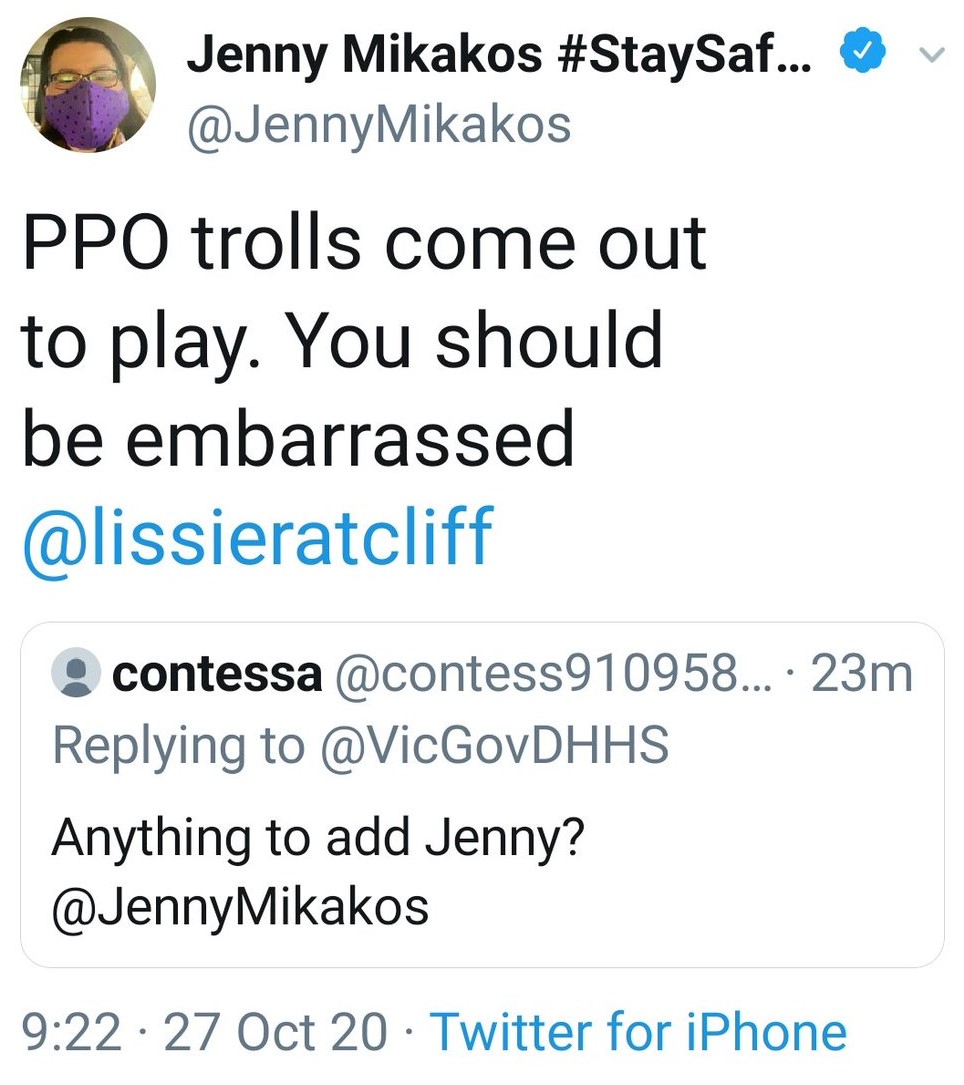 The account in question was created in October this year, has no followers and only follows one person on Twitter.

The account has previously sent vitriolic messages to several journalists.

There is no evidence that the anonymous account is connected to anyone associated with the Premier’s office.

Press PLAY below for more on 3AW Mornings.