Police are trying to track down the owner of a box containing cremated human remains.

The ashes were found in the boot of a stolen hire car at Parkville in September last year.

That vehicle had been reported stolen after the renter failed to return it to Melbourne Airport.

Police have arrested three men who were charged over the theft, as well as other offences, but they haven’t yet been able to figure out where the ashes came from.

They’ve released a number of images today in the hope of returning them to their rightful owner.

Inspector Stephen Abrehart, from Serious Crime Operations, told Ross and John the hire car company has told police the ashes weren’t in the car vehicle when it was hired out.

“The vehicle was stolen in February and was used for a large amount of burglaries and thefts across the northern suburbs and then was found abandoned in September,” Inspector Abrehart said.

“Since that time we’ve been trying to find the owner of the box.

“There’s no real identifying feature on the box at all.” 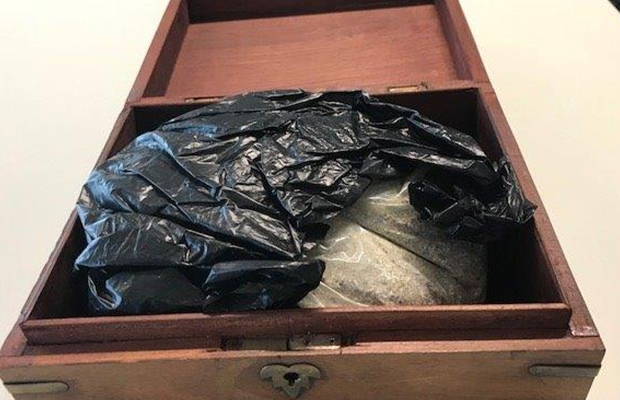