Neil Mitchell gets your Auslan questions answered (via an interpreter!)

Some 10,000 Victorians have been relying on Auslan interpreters to convey critical COVID-19 messages from the government.

Neil Mitchell spoke to Brent Phillips, director of language, partnerships and innovation with Expression Australia, via Melissa Martin, an interpreter.

“It’s a completely different language compared to English,” he explained.

But more and more people are taking on that challenge.

“We’re probably looking at numbers around 5000 to 10,000 people but the number is very vague,” Mr Phillips told 3AW when asked how many people used Auslan.

“Then you have family members and colleagues of Auslan users.

“We also have found that Auslan is the fifth most taught language at school as a LOTE.”

Mr Phillips also went on to explain what the interpreter meant when he held both middle fingers up during the premier’s press conference on Wednesday, which obviously sent social media into overdrive.

“In the context of yesterday’s press conference, the word that was being signed was availability,” he said.

“That same sign can also mean spare, it can mean vacant, or vacancy.

“It’s a great example that two different languages are so different.” 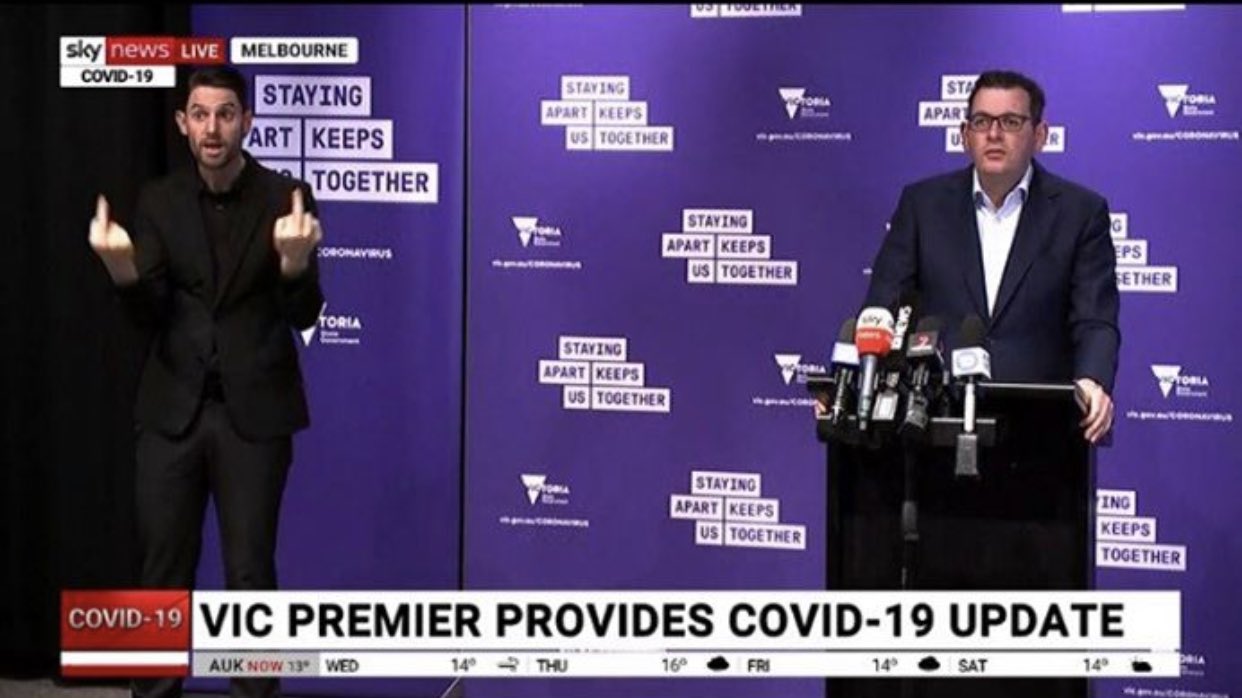