Nick Maxwell returns to Collingwood as Leadership and Culture Manager 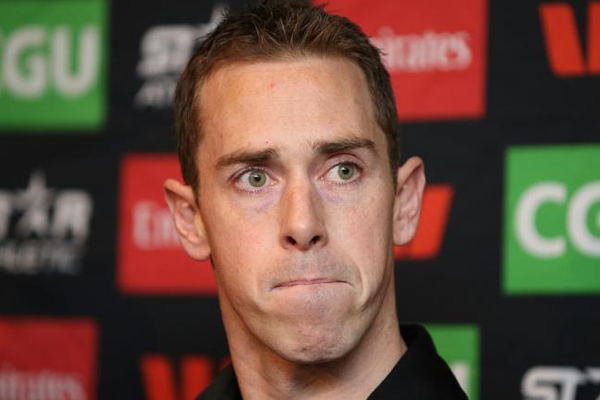 Collingwood’s most recent premiership captain is returning to the club.

Nick Maxwell has left GWS to take on a senior management role as the Leadership and Culture Manager, working across both the mens and womens teams, as well as administration staff.

It’s another change to support coach Nathan Buckley, who recently re-signed with the Magpies for two years despite mounting pressure after again missing finals.

Collingwood premiership captain Nick Maxwell will return home to the Holden Centre in the newly created role of Leadership and Culture Manager.

Widely regarded as one of the modern game’s great leaders, Maxwell will take on a unique role that will work across the entire organisation, including the men’s and women’s football programs, the netball program and administration staff.

Since retiring as a player in 2014, Maxwell has spent time with Melbourne Storm and Greater Western Sydney, working to enhance and build leadership, especially with the emerging leaders of both clubs.

Collingwood General Manager Football Geoff Walsh says Maxwell’s return to the Pies comes off the back of the Collingwood Forever Blueprint process that identified the need to look to the future and address the demands of a growing sporting organisation.

“The further development of leadership was identified by the Collingwood Forever review as critical,” Walsh said.

“Nick was a fine player but an even better leader, someone who was able to bind teams together and drive them along. He has since worked with various organisations, including GWS and Melbourne Storm, in roles focussed upon leadership and building teams.

“We feel, after three years away from the Holden Centre, Nick is perfectly placed to return. His expertise, brought to a role that includes all of our teams and staff, should be of tremendous benefit to our club.”

Maxwell’s career was one of the great rookie list stories. Repeatedly overlooked, ‘Maxy’ belatedly found a home at Collingwood and went on to play 208 games, captain the Magpies for five seasons and lead the club to its first premiership in 20 years in 2010.