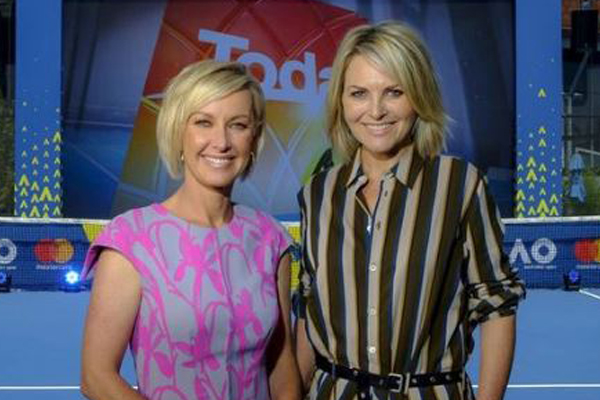 The story published on the front page of Sydney’s Daily Telegraph today claims focus groups have been brought in to Channel Nine, in an attempt to understand why audiences are not tuning in.

Darren Wick, Nine’s Director of News and Current Affairs said the story was “one of the most deliberate acts of bullying” he’s ever seen.

“I do work on the Today Show, that’s no secret,” Neil Mitchell said on 3AW Mornings.

“But what you wouldn’t know is, I do have enormous respect for Georgie Gardner.

“And for Deb Knight, I think they’re both terrific.

“Both great operators journalistically and good people to deal with.”

“There are no facts attached to the claims,” Wick said in a statement.

“And the reporter didn’t bother to contact Nine to put the claims to me or anyone else for comment.”

“Nine’s position is that this is an outrageous, false, reckless and defamatory attack on Georgie Gardner and the Today Show. The claim by the Daily Telegraph reporter that Nine has conducted focus groups this year is wrong. We haven’t as yet commissioned any focus groups for the Today Show, let alone held them in 2019.

The allegations from the article that Georgie Gardner was perceived as an “Ice Maiden” and is somehow responsible for the poor numbers of the show this year is a fabrication and irresponsible reporting.

Nine conducted a number of focus groups throughout the last six months of 2018, under my supervision, and the feedback from those viewers was overwhelmingly positive about Georgie Gardner. She rated head and shoulders above every other on-air presenter. And that’s consistent with all Today Show focus groups we’ve held during the last seven years, while I’ve been in the National News Director role.

I don’t shy away from the weaker numbers the Today Show has recorded in 2019. But just five weeks into a new team on-air, we’re not about to hit the panic button. We’ve been through this battle before with other programs, where a section of the media is quick to write us off. We’re in for the long haul.”

Daily Telegraph Editor Ben English said he is taking Wick’s comments seriously and reviewing all aspects of the story.

“We have listened to Nine and the concerns they have raised and we take them seriously,” Mr English said.

“We are reviewing every aspect of the publication of this story.

“We are committed to accuracy in our reporting. We will keep our readers updated. “