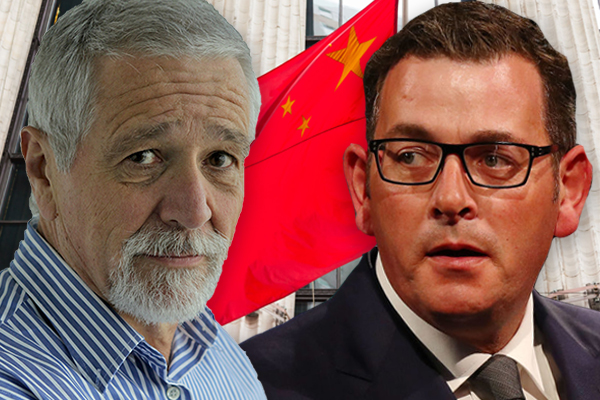 Premier Daniel Andrews yesterday signed another deal with China, a controversial decision which has attracted criticism from many, including 3AW’s Neil Mitchell.

Mr Andrews signed on to the infrastructure deal, which is the second step in the Belt and Road initiative, while on his sixth trip to China.

Under the deal, Victoria and China have agreed to work together on major infrastructure, innovation, and tackling the challenges posed by ageing populations.

Home Affairs Minister Peter Dutton spoke out after the signing of the agreement, accusing Mr Andrews of failing to act in Australia’s national interest.

“He seems to have a bendable sense of morality,” the 3AW Mornings host said.

“China is reasonably suspected of hacking into our parliamentary computer system.

“But for money we turn our backs on all the horror!

“Do we have no ethics? No morality?”

Neil Mitchell called on the premier to reconsider his cooperation with China.

“This is the same Daniel Andrews who lectured the federal government about Syrian refugees!,” he said.

“Where’s the decency and fairness in supporting and working in partnership with a brutal, undemocratic, devious regime?

“We banned South Africa for years for far less, and Daniel was probably in the streets protesting!”

CEO of the Australia China Business Council, Helen Sawczak, said she understands why some Australians may find the deal uncomfortable, but the non-binding agreement is a good thing.

“Change is unsettling, that’s completely understandable, but we can’t allow ourselves to fall behind,” she said.

“If we want to get the best technology innovation in the world we need to change our mindset. As a strong, independent nation, Australia needs to develop better relations in a shifting world.”

Ms Sawczak said collaborating with China on the Belt and Road initiative doesn’t mean compromising our morals or security.

“Every commercial deal under that agreement will be subject to normal corporate-commercial transaction frameworks and normal due diligence,” she said.

“Obviously we would not participate in anything which jeopardises our integrity.

“National security is paramount for every country and it should be the number one concern, but we need to balance that with our economic prosperity as well.”