‘No’ vote stickers banned from Gumtree

‘No’ vote paraphernalia is being banned from a popular online marketplace, but ‘Yes’ vote material has been approved.

A Melbourne business uploaded ‘Yes’, ‘No’ and ‘Couldn’t Give A Stuff’ stickers related to the marriage equality survey on Gumtree.

The ‘Yes’ and ‘Couldn’t Give A Stuff’ stickers remain online. 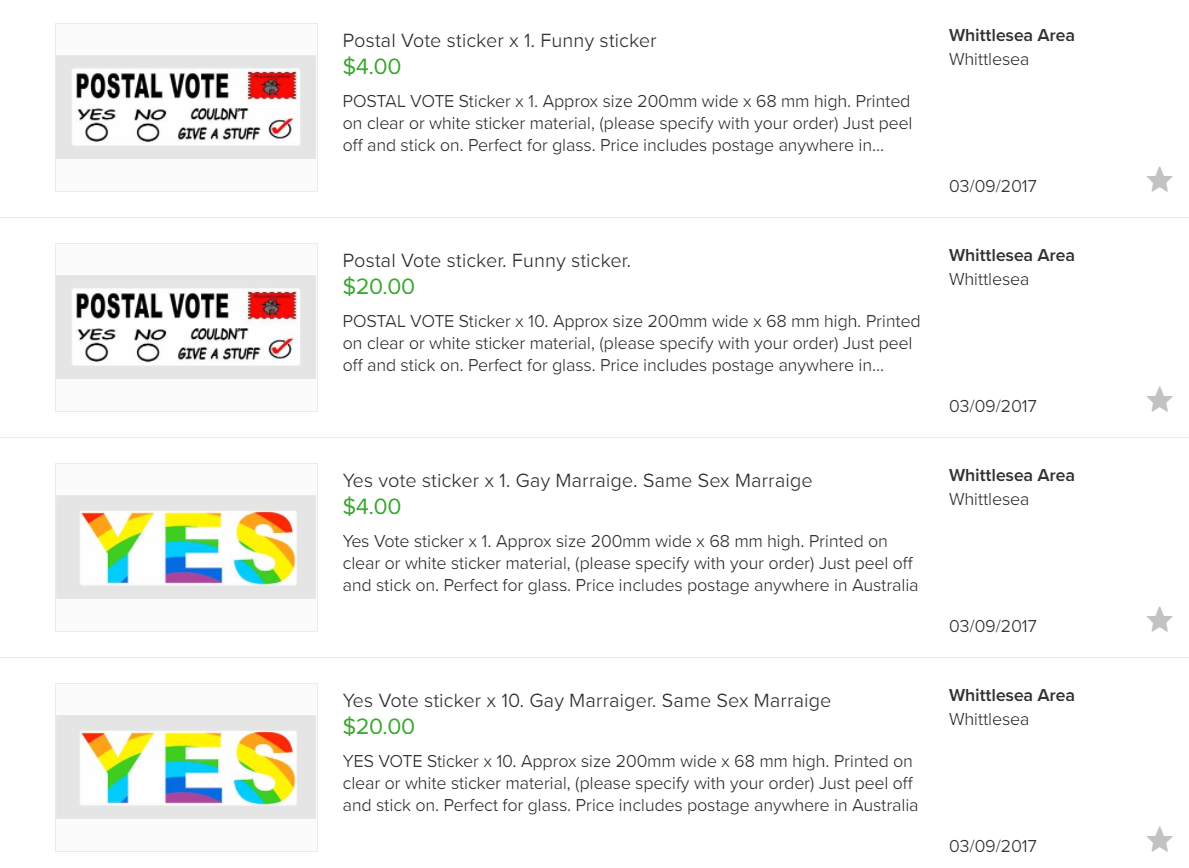 But he recently received an email from Gumtree saying his ‘No’ stickers weren’t allowed.

“Regrettably, we had to remove this ad because it had been reported by the community for not following all of our site policies,” the email read.

“We do not allow ads that contain potentially rude or offensive language, statements, images, or content in general. 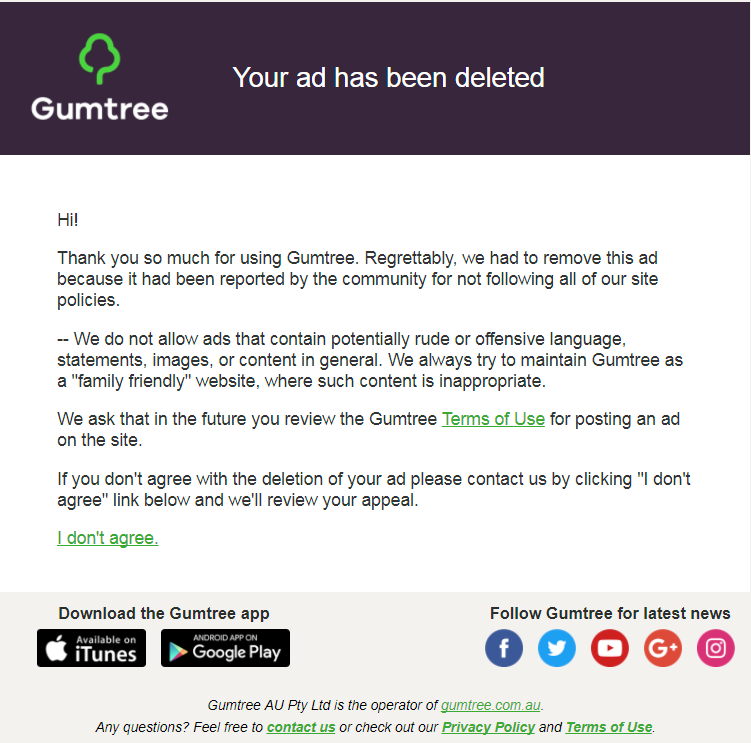 The seller, Darren Murphy, who makes the stickers as part of his Whittlesea business, told Neil Mitchell he appealed the decision with Gumtree, and was again denied.

“I can’t figure it out,” said Mr Murphy, who describes himself as a “fence-sitter”

“Surely there’s people out there who find the Yes vote offensive too?”