Geoffrey Keaton, 32 and Andrew O’Dwyer, 36 died when their truck rolled as they were fighting bushfires at Buxton, south-west of Sydney, overnight.

The NSW Rural Fire Service said the vehicle was travelling in a convoy during firefighting operations when it hit a tree.

Both men were fathers to young children, pictured in photos released by the RFS. 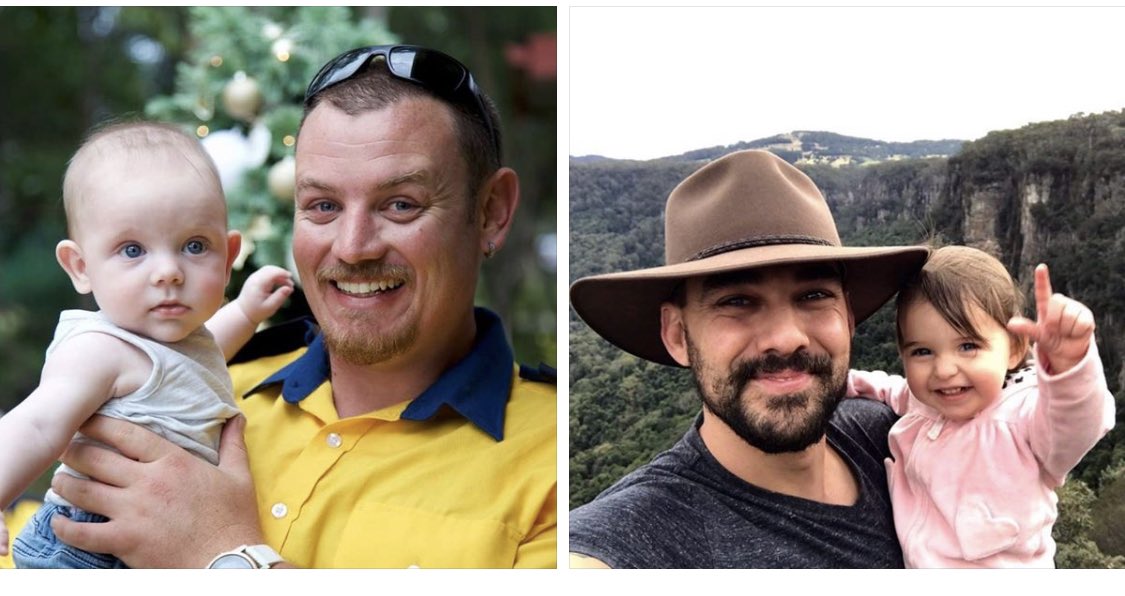 “The service’s thoughts are with all the firefighter’s family, friends and fellow brigade members,” the RFS said in a station.

Two other firefighters have been placed in induced comas in hospital after suffering burns in a separate incident yesterday afternoon.

Hours later, Prime Minister Morrison declared he would return home to Australia as soon as possible.

The timing of his holiday has been criticised on social media, and Mr Morrison said he “deeply regrets” any offence.

“Over the course of the past week I have been taking leave with my family,” Mr Morrison said in a statement this morning.

“Our leave was brought forward due to the need to cancel our scheduled leave in January because of our official government visit to India and Japan.

“I deeply regret any offence caused to any of the many Australians affected by the terrible bushfires by my taking leave with family at this time.

“I have been receiving regular updates on the bushfires disaster as well as the status of the search and treatment of the victims of the White Island tragedy. The Commonwealth’s responsibilities have been well managed by the Acting Prime Minister, Minister Littleproud and Minister Payne.

“Given the most recent tragic events, I will be returning to Sydney as soon as can be arranged.”