A severe weather warning is in place for damaging winds and flooding in parts of Victoria.

The Bureau of Meteorology has issued a severe weather warning for damaging winds and heavy rainfall for parts of the Central, East Gippsland and West and South Gippsland regions.

The Bureau of Meteorology is expecting 24 hour totals of up to 200 millimetres in the Strzelecki Ranges and Wilsons Promontory.

Rainfalls of up to 100-150 millimetres are also possible in the Otway Ranges.

A Flood Watch is currently in place for for the Bemm, Cann, Genoa, Snowy, Thomson, Latrobe and South Gippsland River catchments, along with Traralgon Creek and the Otway coast.

A moderate flood warning has been issued for the Genoa and Snowy River systems.

“Luckily for us it has lost a little bit of the oomph that it was piling into NSW,” he said. 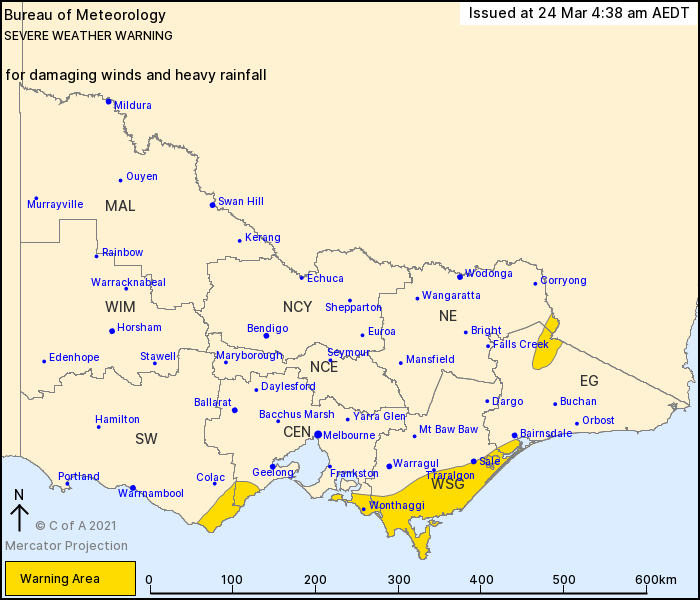