The first passengers have used the new sky rail station at Noble Park.

The first train came through at 5.23am.

After some delays due to final testing, the passengers are now streaming through the turnstiles at the new look station.

Three level crossings have been removed in the area.

3AW Breakfast listener Kathleen gave Ross and John a running commentary, as the train made its way up the tracks and onto the sky rail.

“You can see rooftops and into backyards!” she said.

Ross: Is it exciting?

Kathleen: It is actually! 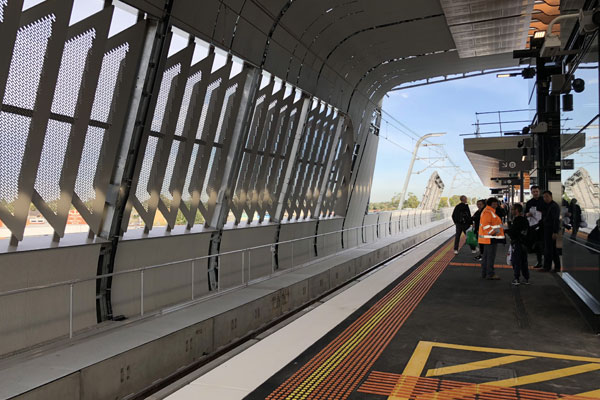