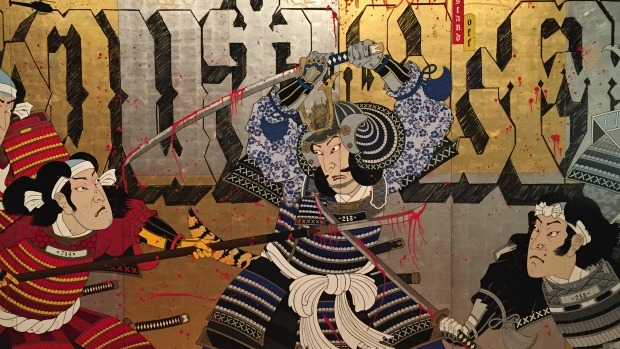 The Harbour. Stunning. The Rocks. Historic. The Opera House. Intriguing. Sydney has its traditional and well-trodden tourist haunts yet in the shadows of such iconic views are so many other brilliant experiences.

The following is a guide to some of the best galleries to check out in the heart of Sydney.

New York LEGO brick artist Nathan Sawaya has an incredible talent. His job is creating magnificent works of art from those pesky little LEGO bits that can be the bane of a parent’s existence when vacuuming.

Art of the Brick: DC Comics is a blast of colour and ingenuity. And don’t consider it just for the children, for I was mesmerised by the cleverness and intricate detail of many of the pieces, both tiny and huge at The Powerhouse Museum.

Behold the depiction of superheroes including Batman, Superman, Wonder Woman and The Joke. The Batmobile and Wonder Woman’s invisible jet personal were my favourites. This exhibition is exclusive to Sydney.  https://maas.museum/

I admit that when I see a sparkly dress, I melt in admiration. I also adore sequins, crystals, tulle, diamantes, beads and lace – love lace. Hence, the thrill of Collette Dinnigan: Unlaced ? the exhibition that celebrates 25 years of the designer’s contribution to the Australian fashion landscape.

She’s dressed the likes of Angelina Jolie, Nicole Kidman and Taylor Swift. The display is not only a window into Dinnigan’s creative mind (the detailed mood boards are enormous and fascinating) but also offers the chance to see up close, and I mean really close, the detail and passion in each outfit, dress, piece of lingerie and so on.

I sat for a while to watch the fashion runway videos of yesteryear and played spot the super model (I’m sure that was a rather young Helena Christensen). And I admired a quaint colouring-in zone with child-size tables and chairs, where some adorable poppets were designing their own vibrant garments and contemplating the definition of style. https://maas.museum/

Make sure you watch the introductory video to Grayson Perry: My Pretty Little Art Career at the Museum of Contemporary Art in The Rocks. Perry has a fascinating perspective and design on the world. It helped to have heard from him as I wandered through the exhibition of his ambitious large-scale tapestries, cryptic sculptures, ingenious prints, drawings and searing ceramics.

It’s the first major exhibition of Perry’s work in the Southern hemisphere. The humour in many of Perry’s pieces is evident, as he tangles with the past and contemporary moments and concepts. He realised he enjoyed making plates at evening pottery classes in the early 80’s – a springboard to his accomplished career. The time lapse video of the artist at work is brilliant. www.mca.com.au

The National Galleries of Scotland have allowed Sydneysiders and visitors to explore The Greats, Masterpieces of Western art at the Art Gallery of New South Wales until February 14. The names are notable: Rembrandt, Turner, Monet, Degas and more. Once at the gallery, there is a plethora of interesting art to check out. I ended up in the Asian art section which included beautiful Japanese art, swords and other weapons of warfare. www.artgallery.nsw.gov.au

Footnote: With a program brimming with exceptional shows, touring artists and free events, Sydney Festival begins on January 7 until the 26th. Highlights include the scores of musical and theatrical delights in the heart of the city at Hyde Park’s Festival Village where family shows and The Famous Spiegeltent entertain ( is it a fair dinkum festival nowadays without a Spiegeltent?) and the creation of a giant cardboard building for a fortnight through January before it’s demolished by the public on Australia Day. www.sydneyfestival.org.au