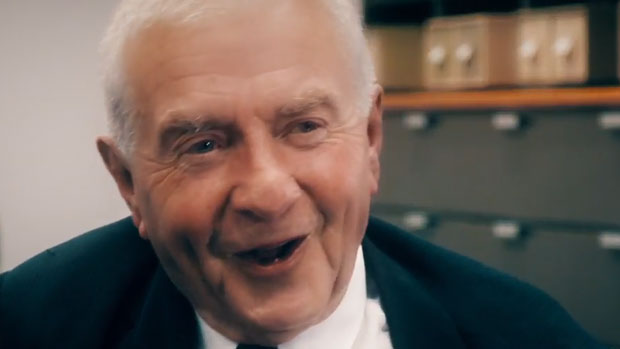 The long-time Nightline presenter will host the weeknight program for the last time this week.

The Melbourne radio icon has opted to finish while still on top of his game.

But never fear, he’ll still be on your airwaves with Simon with Remember When on Sunday nights.

As a result, Nights with John Stanley will now run from 8pm, right through to midnight, Monday to Friday from September 30.

The 3AW Nightline program and Philip Brady have enjoyed a long and successful run on the station for almost 30 years and the program is achieving extraordinarily high ratings with its very loyal listeners.

Philip has decided to finish while on top, still commanding an incredible 27.9% of the radio audience.

Stepping back from weeknight duties will ensure Philip, 80, will continue hosting the even stronger-rating (32.9%) Remember When program with Simon Owens every Sunday night from 10pm to midnight.

“Apart from almost 30 years of Nightline, I was the station’s casual weekend music presenter right through the 1970s so my heart is at 3AW and will continue to be so.

“Thanks to all our loyal listeners, callers and regulars; it has been a fun ride so far and will continue to be so at weekends. Long may our hearts beat together.”

Nights with John Stanley will run from 8pm to midnight, Monday to Friday, from Monday, September 30.

“Philip is a giant of our industry and for me, it’s a daunting but exciting challenge to move into the space so successfully occupied by Philip, Bruce and Simon over so many years,” John said.

“It’s been a privilege being on 3AW this year from 8pm to 10pm and I’ll be striving to maintain the Nightline tradition of entertaining and engaging radio between 10pm and midnight.

“The late night audience is loyal, interesting and often colourful.

“I’m looking forward to talking to and hearing from them.”

Simon Owens, who has been Philip’s long time producer and on-air partner since the death of Bruce Mansfield 3 years ago, will also continue as presenter of Remember When with Philip.

Simon will also take the 10pm to midnight timeslot on Saturday nights.

“Nightline began in April 1970 hosted by Don Taylor and has had a raft of hosts including Donovan Joyce, John McIntosh, Alex Kenworthy, Derryn Hinch, Bruce Mansfield, Philip Brady, and myself,” Simon said.

“John Stanley is intelligent, informative, and great company and I know he will continue the strong tradition of late night radio on 3AW.”