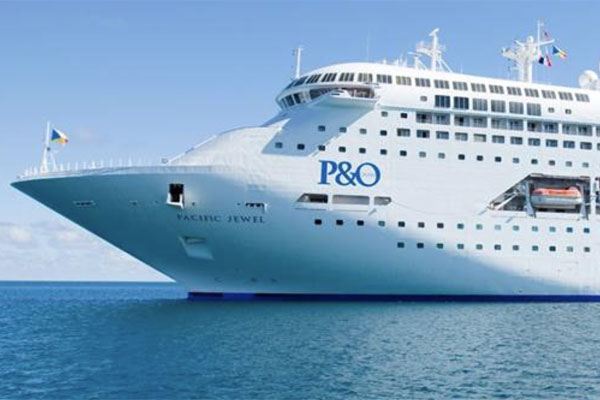 P&O has responded to the claims staff were of no assistance to a passenger who lay convulsing and then unconscious on a jetty during a cruise day trip.

I just wanted to respond on P&O Cruises’ behalf in relation to a call Neil took on Friday from Kate in relation to Pacific Explorer’s visit to Isle of Pines last Monday.

Neil noted on Friday that there might have been a lot going on in the background that Kate and others weren’t aware of at the time of the incident. This was indeed the case and presents a different picture from the account your listeners heard on Friday.

At the outset, we commend Kate and the other guests for coming to the aid of the guest who became ill while at the jetty possibly as a result of coming into contact with a stone fish. It is the sort of community minded response that could be expected of a group of fellow Australian travellers in these circumstances.

However, it is incorrect and unfair to suggest that our security personnel at the jetty did other than behave in a professional and timely manner. The security officer immediately contacted the ship’s Bridge by radio for an ambulance to be called to the jetty.

The group attending to the ill guest insisted on him being taken on board a tender vessel that was being used to transport guests to and from Pacific Explorer instead of waiting for the ambulance that was on its way.

Isle of Pines has a competent medical centre staffed by doctors and other health professionals who were in a position to provide any necessary treatment had the guest been taken there by ambulance as had been arranged.

Our security personnel were again proactive in letting the ship’s Bridge know that the guest was now on the way back to the ship via the tender vessel. At this point a nurse from the onboard medical centre went straight to the pontoon to meet the tender boat on arrival at the ship. The ambulance call out was cancelled.

At no stage did the guest or those arriving with him have to find their way independently to the ship’s medical centre as suggested on Friday. They were in fact escorted to the medical centre where appropriate and professional treatment was provided.

We take our obligations to our guests very seriously based on many decades of cruising from Australia and this is reflected in our policies and procedures which are relevant to the circumstances that apply on a destination by destination basis.

At destinations where there are limited local medical facilities it is standard practice for us to send a medical team ashore to assist guests if needed.

At destinations where appropriate local ambulance and health facilities are available we have arrangements in place for our guests to be assisted while ashore should it become necessary.

Isle of Pines in New Caledonia is one such destination where local ambulance and emergency healthcare services are available and able to provide competent and appropriate care.

Again, we don’t wish to question the effort that was made to assist the ill guest by his fellow passengers but it could well be the case that it would have been better in the circumstances to wait for the ambulance that had been called to the jetty and was minutes away.

I understand that this was the advice the P&O security personnel at the jetty gave at the time of the incident.