A reward of a quarter of a million dollars is on offer for information about the theft of more than 1,400 head of cattle in the Northern Territory.

The 440,000 hectare Murranji Station, along with more than 12,000 cattle were sold to Bunderra Cattle Company in March.

A muster in July revealed the missing cattle, valued at more than $2 million.

If you’ve got information Kevin can be contacted on kevin@pickersgillgroup.com.au 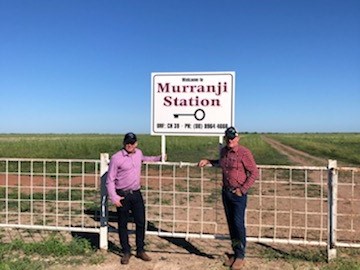