AFL bounce: Dwayne Russell says a decision has been made

Dwayne Russell says he believes the bounce will be scrapped.

The AFL commission will consider the future of the umpire’s bounce at a meeting later this month.

Opinion is divided over whether to retain the bounce, with some believing it’s an iconic ritual and others of the view it should be axed.

The SportsDay host said he believed the AFL had already made up its mind.

“The bounce is dead, you can put that one in the book,” he said.

“We are just waiting for the AFL commission to approve that announcement and decide if they want to keep the bounce just for the opening bounce for every game as a bit of a nod to our old tradition as its going to be known.”

Dwayne Russell: “The bounce is gone, you can say goodbye to it”

Matthew Lloyd: “Do you mind that it’s gone?”

Dwayne Russell: “Not at all, scrap it”

Lloydy: “Neither, I went to a game this year where they didn’t do it and it didn’t bother me” 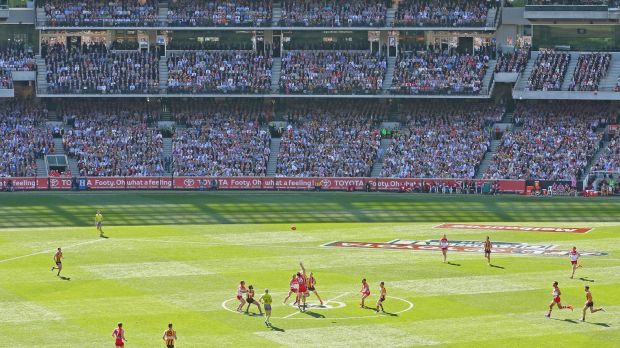