Ando: The greatest finals (and one-percenters) of all-time

Was Saturday night’s extra-time final the greatest ever seen?

Some, such as one Ross and John listener this morning, are labelling it just that.

But he argued the low scoreline – West Coast and Port Adelaide were just 60 points each at full-time – meant it wasn’t the among the greatest of all time.

Decided by Gary Ablett after the siren.

Dipper and Merv Nagle went head-to-head in the match Kevin Sheedy has rated the favourite he’s ever been involved in.

Hawthorn led by more than five goals, in the second quarter before an Essendon onslaught

But Ross reckons the match did include one greatest hit.

3AW Breakfast ranks Eric Mackenzie’s collision with the point post to prevent Port Adelaide from scoring was one of the great one-percenters. 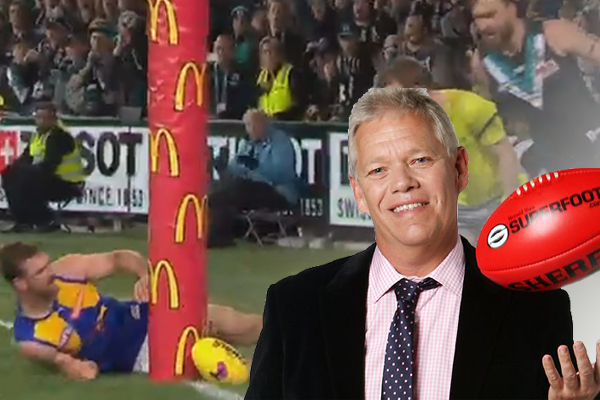