Police Minister Lisa Neville has lashed her department for what she labelled secretive management of Victoria’s camera virus.

As exclusively revealed by the Neil Mitchell program yesterday, 55 speed and red-light cameras have been infected with a malicious computer virus.

3AW also discovered that although the department knew about the virus last week, the Minister and Road Safety Commissioner didn’t find out until after Neil Mitchell mooted the matter on-air.

And Ms Neville today told Neil Mitchell it was unacceptable, and she’s lost confidence in the camera system.

Neil Mitchell: Did you really only find out after we went to air with it?
Ms Neville: Absolutely.

“I was … very angry yesterday. Not knowing until you went to air – it’s not acceptable,” she said.

“I want people to have confidence in these cameras, and yesterday I was left with a lack of confidence, let alone the public.

“It seems to me … no one told anyone. They went about this quietly, secretly.”

It’s not yet clear which 55 cameras were affected.

“I just received the list of where they are last night. Most of them, overwhelmingly, are (in the) CBD,” Ms Neville revealed.

“There’s a couple in Warrnambool.” 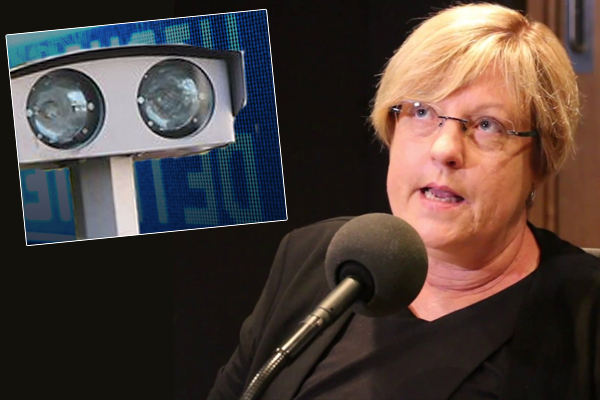