Three of Australia’s major apple and pear growing regions won’t know the full extent of damage from bushfires for some months.

Farms in South Australia’s Adelaide Hills, as well as Batlow and Bilpin in New South Wales have all been extensively impacted by fires.

Some trees and netting have been destroyed, and irrigation infrastructure severely damaged. 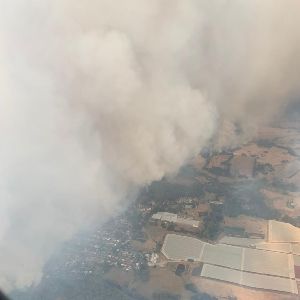