Aussie’s Tour smash: ‘It was horrible to watch’

Australian Richie Porte is out of the Tour de France, after crashing during a downhill section on the ninth stage.

Porte, who entered the stage in fifth place, sustained season-ending injuries in what experts are calling one of the worst crashes.

He was travelling at 72.5km/h when he ran off the road.

Porte emerged from the crash covered in blood with a fractured pelvis and broken collarbone.

Those who saw the crash live feared it could have been much worse.

“It was horrible to watch,” SBS commentator Matt Keenan told Justin and Kate.

“My instant reaction was ‘I just hope he’s alive’ – that’s how frightening it was.”

Click PLAY above to hear more from Matt Keenan 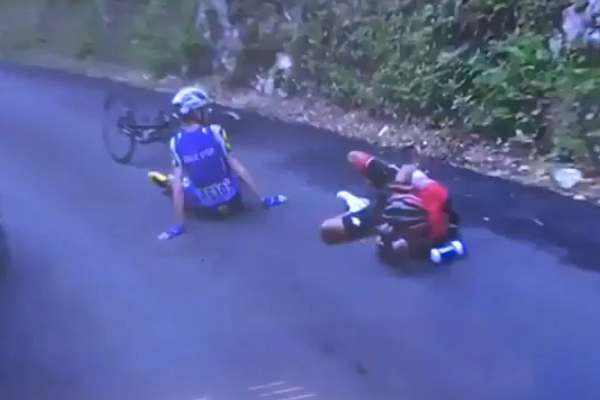