Aviation expert Neil Hansford, says the MH128 suspect shouldn’t have made it onboard

An aviation expert says the man whose bomb threats caused mayhem on a Malaysia Airlines plane near Melbourne should never have made it onto the plane.

Neil Hansford, Chairman of Strategic Aviation Solutions, told Ross and John a “nanny state” mindset meant staff and passengers across the world were often too timid to act on instincts.

He said someone should’ve noted “that person doesn’t look right to be boarding this aircraft and actually got off their butt and done something”.

“This person clearly had issues and would’ve been displaying agitation and other issues, and should’ve been identified, I believe, either in the boarding area or the staff that are standing at the gate,” he said.

“We’ve not got to the stage where nobody’s going to say ‘Boo’ to anybody.”

But Mr Hansford also said “the chances of getting an explosive device on an aircraft in Australia would be minuscule”.

Malaysia Airlines said they are investigating the matter.

“Safety and security are of utmost priority to Malaysia Airlines,”

“The airline wishes to apologise for the inconvenience caused. Passengers have safely disembarked the aircraft and will be screened by Australian authorities.

“Affected passengers will be accommodated at hotels. They will be offered travel on the next available flight or on other carriers.” 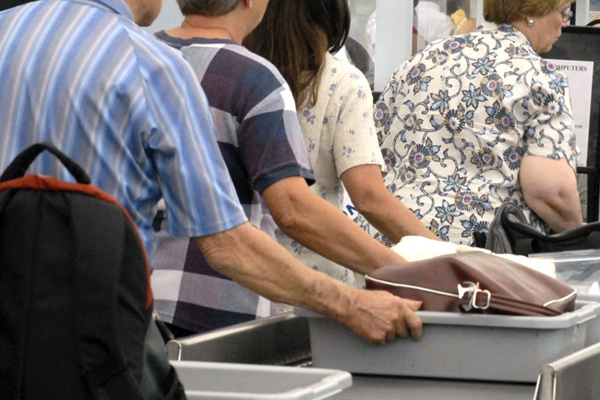