Geelong chief executive Brian Cook has signed on as CEO of the club until 2020.

In a lengthy chat with Gerard Healy and Matthew Lloyd on SportsDay, he shared his vision for the club over the next three years.

He said he wants to see the membership grow and the development of the women’s team.

“I would love to see another premiership in the next three years,” he said.

On Geelong playing more games at home, Cook said the AFL was keeping their cards close to their chest.

“We have tried vigorously in the past trying to get nine games at Simonds and two at the ‘G,” he said.

“That’s what we are hoping will come out at the end of this week.”

He said Geelong had welcomed Gary Ablett with open arms after he was traded to the Cats, and said he expected the move would draw crowds and numbers to the Cats. 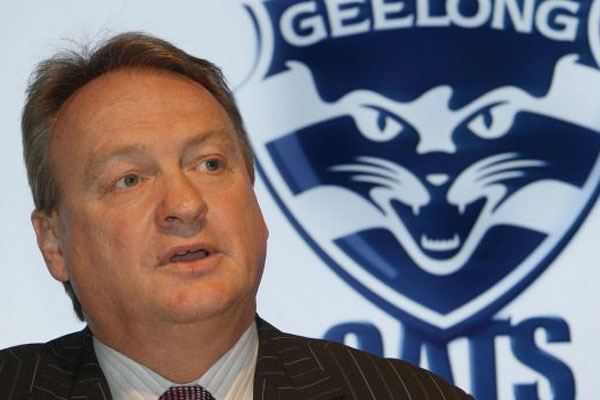